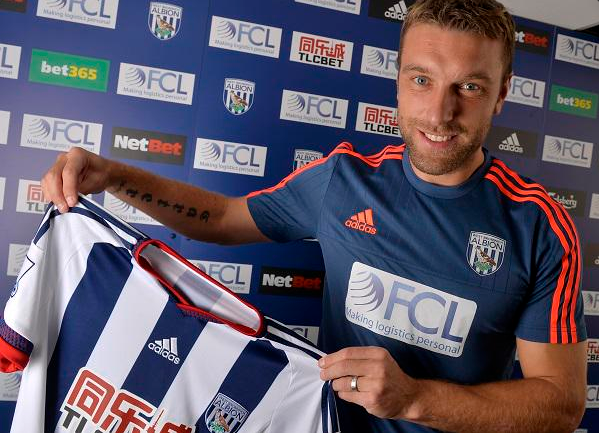 West Brom have completed the signing of Liverpool cast-off Rickie Lambert for the princely sum of £3million.

Lambert, 33, returned to his boyhood club after five incredible years at Southampton last summer but failed to win many people over at Anfield, scoring just two goals in 25 appearances (18 from the bench) while struggling to make any headway up the pecking order.

He has now signed for West Brom on a two-year deal.

NEW SIGNING: We are delighted to announce the arrival of Rickie Lambert from Liverpool http://t.co/x5Q3ahsFJa pic.twitter.com/3BPywKxhpQ

Tony Pulis chose the most Tony Pulis-esque way possible to describe Lambert before tying up the transfer this afternoon.

“He didn’t play last year so it’s like bringing a brand new car out of the garage if we did sign him,” the Baggies boss explained.

“Just putting a bit of petrol in it and letting it run.”

Good little runner but the suspension has fallen on the front wheel, driver’s side.