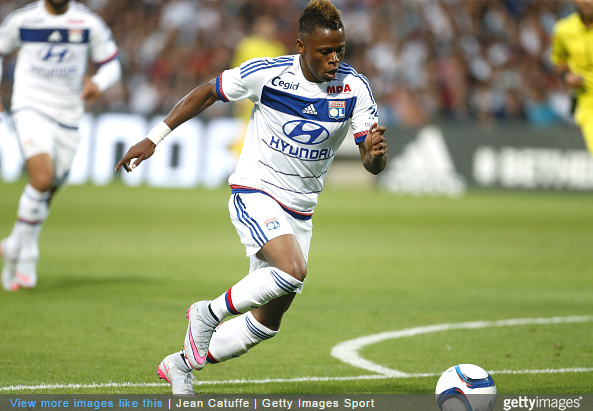 With Roberto Soldado’s departure leaving Harry Kane as the only recognised senior striker in their first-team squad, Tottenham have rushed out an signed reinforcements in the shape of Cameroon international Clinton Njie.

Spurs have purloined Njie from Lyon, with the 22-year-old signing a five-year deal at White Hart Lane this very morning – his birthday, of all days!

The fee? €14million plus another €3million in bonuses.

Hands up, we’d never heard of Njie until he began being linked with Tottenham a few weeks back. We know absolutely nothing about him. Zilch. Zip. Nada.

A quick scour of his stats tells us that he scored seven goals in 30 appearances for Lyon last season, with an overall haul of just eight goals in 43 apps for the Ligue 1 side.

Hardly world-beating, but it’s worth noting that he had only just broke into the Lyon starting XI by the time they chose to flog him on.

All in all: Could be something, could be nothing.