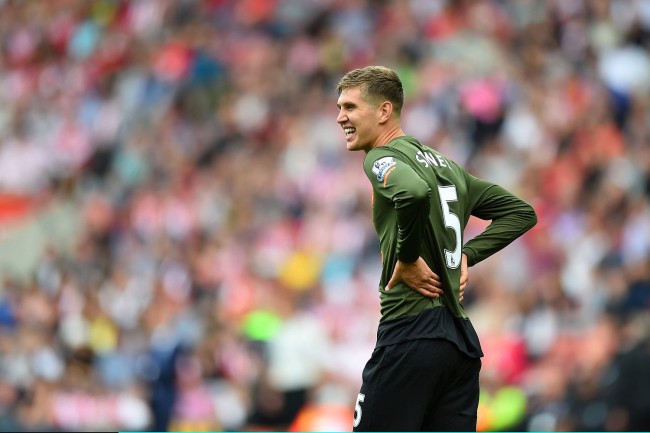 When you read the Sun’s news that “Stones haunts John Terry” you feel sorry for the ghost. Of course, this is about Everton’s John Stones, who is on his way to Chelsea in a “£35million coup”.

It’s not a coup, is it. A coup is described as:

1. a sudden, violent, and illegal seizure of power from a government.
2. an instance of successfully achieving something difficult.

Lobbing tens of millions of pounds of Russian cash at Everton for human flesh is not a coup; it’s a transfer.

The Sun says: “CHELSEA are poised to sign John Stones after a huge U-turn by Everton. And that heaps even more pressure on John Terry.”

The Sun says Chelsea will offer £30million for the defender. But that won’t be enough. They will then return with more money.  The paper says “£35million — a British record for a defender — will clinch the 21-year-old’s move despite Everton boss Roberto Martinez insisting he will not be sold.”

As Everton gaze into the Sun’s crystal ball, we wonder why any of this haunts John Terry. But the Sun makes a stab at explaining: “Jose Mourinho hauled off skipper JT at half-time in Sunday’s 3-0 mauling at Manchester City. And the Blues boss is desperate to increase competition in his defence.”

Surely the increasingly rattled Mourinho hauled Terry off to send a message to Chelsea owner Roman Abramovich that once Terry leaves The Blues will be rubbish. Because how on earth can Mourinho and Chelsea compete in the Premier League if they are only £1billion in debt to their owner and muddle along on wages of 192.7million a year. It’s impossible!

The Guardian says Chelsea’s move for Stones has been triggered by their poor start to the season. The paper also sees Chelsea’s £30million bid failing to seal the deal.

Everton realise their player’s worth. Why should £35million be enough for such a rare English talent? The Mail says that once Everton show a willingness to sell, Manchester United and Manchester City will move to Stones.

If Rio Ferdinand was worth £34million in 2002, and Raheem Sterling is worth £49million now, what price Stones?