Transfer Balls brings you the mega news that Arsenal have signed Karim Benzzzzzzzzema.

Like you, we’re getting tired to the rumours that Karim Benzema is going Arsenal. Every summer since 2013, the France and Real Madrid striker has been heading to the Gunners.

Things have gotten a tad more interesting this year. 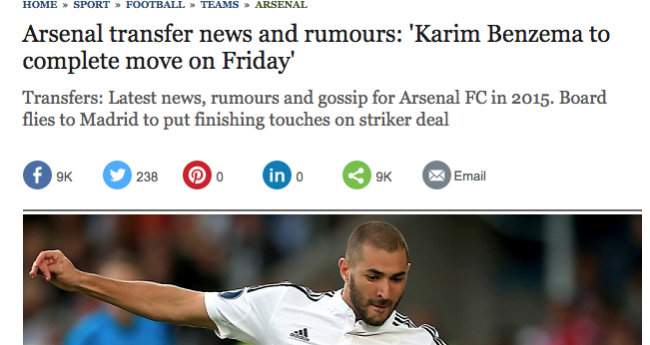 However, today Talksport says Real Madrid have accepted Arsenal’s £48million offer for Benzema. The source for this scoop is none other than former QPR forward Rodney Marsh.

Everyone else soon agrees that Rodney (or more accurately, a mate of Rodney’s) is a reliable source for Real Madrid and Arsenal news and the “story” gains traction across the internet.

I had a phone call from a mate of mine, and he’s been right on many things, and he said that he believes Real Madrid have accepted a bid somewhere in the region of £48million for Benzema from Arsenal.

In the past this guy has always been right, he’s never been wrong yet, so we’ll have to wait and see. 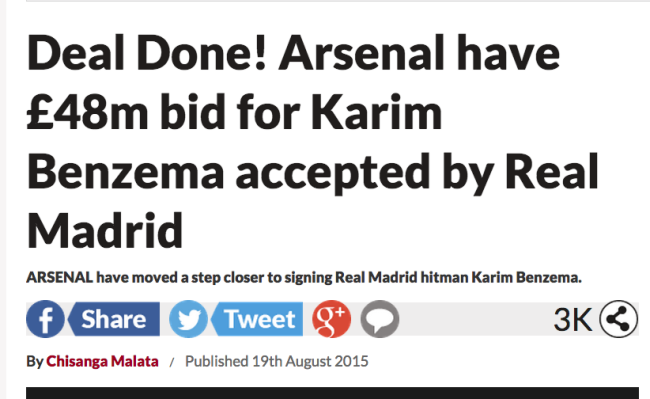 Over in the Metro, the Benzema deal is off! The paper knows this because it’s read a tweet from talkSPORT journalist Ian Abrahams… 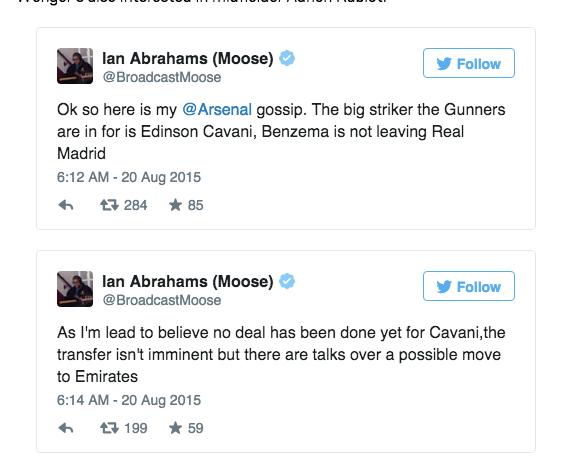 Editorial meetings at TalkSPORT must be fantastic.

Editor: “What do you have new and shouty?”

Marsh: “A mate of mine says Benzema has signed for Arsenal”

Abrahams: “Someone told me Arsenal want Cavani and Benzema isn’t interested in Arsenal”