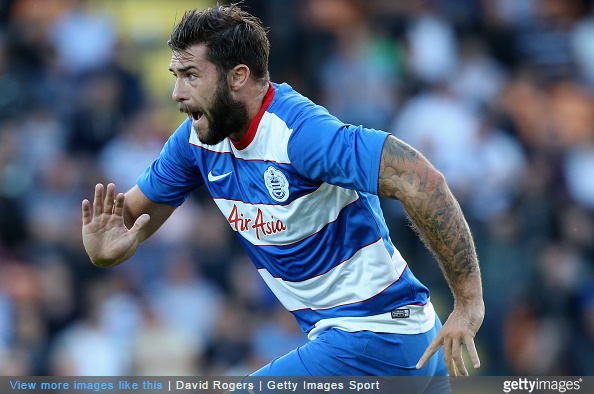 Charlie Austin has had a pop back at West Ham co-chairman David Sullivan today after the latter denounced the former as an injury-riddled crock yesterday.

Discussing a potential summer move for Austin, Sullivan claimed that the Hammers pulled out after he heard on the grapevine that the QPR striker has no ligaments left in his knees.

Austin has taken umbrage at this, calling Sullivan’s comments an “outrageous slur” before attempting to set the record straight on Twitter.

I feel I have no option but to address the inaccurate, misleading and uninformed innuendo.

It is one of a number of inaccurate reports about my so-called injury problems made over the summer.

He then fleshed his thoughts out further via an official statement:

For the record, there is nothing wrong with my ‘ligaments’, as has been suggested

My strength and performance in pre-season has been excellent and with two goals in my last two games I don’t think there is any doubt that my match sharpness is as good as ever.

Like many professional footballers, I have the legacy of injuries picked up over my career but the effect on my day-to-day training and on matchday is non-existent.

I am fit, strong and looking forward to Saturday’s home game against Rotherham.

All well and good, though thanks to some digging from Sky Sports News, if would appear that Austin’s injury woes are far, far worse than he’s letting on.

Indeed, not only are his knees shot, but it would appear that he hasn’t got any ligaments in his right dick either…

His left dick, for the record, is thought to be perfectly fine.

We await Austin’s thoughts on the matter…