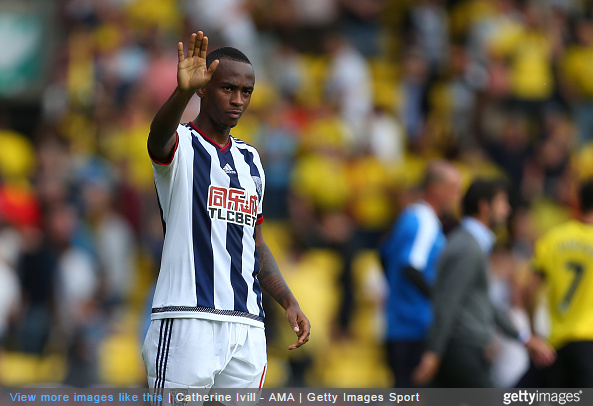 Increasingly desperate to bring in a new striker before the transfer window closes in a week’s time, Tottenham have had a second bid rejected for West Brom’s Saido Berahino.

Berahino was left out of Tony Pulis’ squad for Sunday’s 3-2 defeat against Chelsea on the grounds that he’d had his head turned by Spurs’ relentless wooing.

Anyway, the Baggies have confirmed that Spurs have submitted another offer via a statement published on their official website…

West Bromwich Albion can today confirm the Club have rejected a second offer from Tottenham Hotspur for Saido Berahino.

Albion Chairman Jeremy Peace said: “Our position remains unchanged. The sale of this player is not on our agenda.”

The bid is believed to be valued at £22million which is, with the best will in the world, verging on entering the ‘silly money’ bracket.

Dear Mr Levy, we think it’s probably time you move on and start identifying other targets.