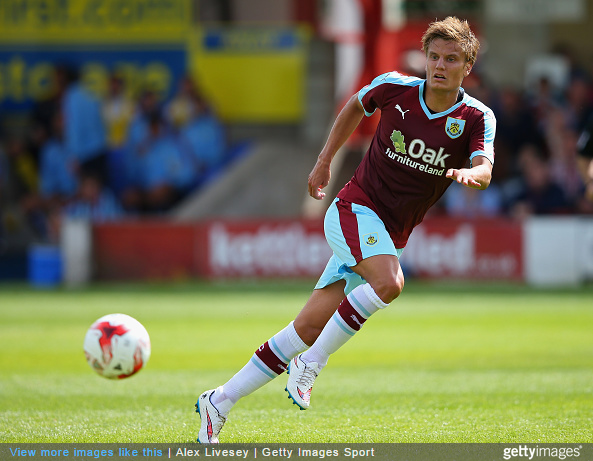 Proof if proof were needed that the Championship transfer market has gone almost entirely potty this summer, Burnley have flogged striker Jelle Vossen back from whence he came (i.e, Belgian football), thus bringing to and end his eight-week stay at Turf Moor.

Vossen spent last season on loan at Middlesbrough from Genk, scoring nine goals in 32 appearances, but Boro decided not to take up their option to purchase the forward from his parent club in the summer.

As such, Vossen joined promotion rivals Burnley in a £2.5million deal on the 6th July.

However, less than two months later, the Clarets have reportedly taken a £1million hit to sell Vossen to Club Brugge despite him starting the first three Championship games of the season.

At least Burnley fans will always have the timeless memories of that throw-in he took against Birmingham.