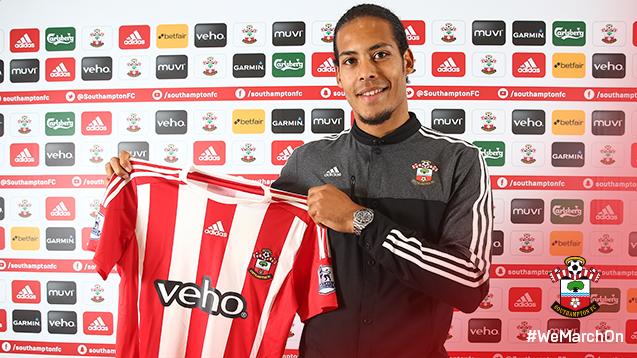 Having already brought in Steven Caulker from QPR earlier in the window, Southampton have further bolstered their defensive ranks today with the signing of Virgil van Dijk from Celtic.

The Dutch centre-back, 24, has agreed a five-year contract at St Mary’s after lengthy negotiations and moves for a fee reported to be somewhere in the region of £11.5million…

Van Dijk joined Celtic from Eredivisie side Groningen (where he played alongside new Saints teammate Dusan Tadic) in 2013 and went on to play 111 times for the Bhoys on his way to winning two SPL titles.