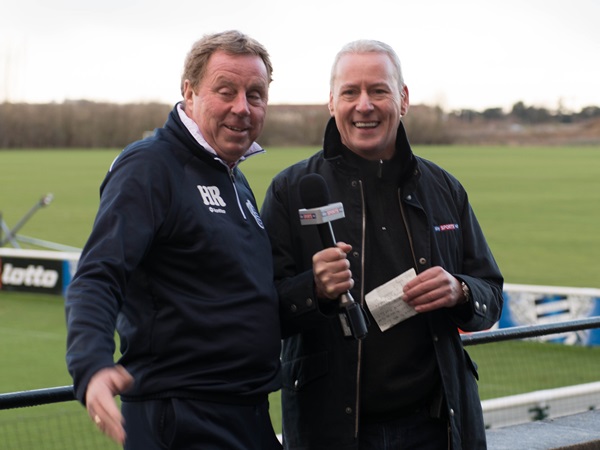 In the spirit of the day, Pies have managed to make a few calls, pull a few strings and somehow bag ourselves a natter with the man in the very eye of the Sky Sports News’ Transfer Deadline Day hurricane, Mr Jim White.

At a far more reasonable decibel level that we’ve come to associate with him, Jim was kind enough to discuss his ten favourite Deadline Day memories with us.

The keen-eyed among you may notice that there are in fact 11 entries in Jim’s Top 10. What can we say? The man’s a maverick…

11) “2008, Berbatov going to Manchester United after Tottenham chairman Levy had accepted a bid from Manchester City. By the end of the window Manchester City had missed out on Berbatov but had agreed a £32million deal with Real Madrid for Robinho.”

10) “Receiving word that Kaka had just been spotted at a north London tube station when he was actually at home in Madrid!”

9) “2011, Charlie Adam, then of Blackpool, was in last minute talks with Tottenham but the window closed minutes before the deal was done. Apparently the chairman couldn’t get hold of two shareholders who had to sign the forms as well.”

8) “2013, Being told Jack Wilshere had tweeted to say he was stuck in traffic and was thoroughly depressed to be missing out on Jim White and Deadline Day!”

7) “2013, I was waiting for a text message confirming that Marouane Fellaini was going to Man Utd only to get a reminder text for a dental appointment instead! It totally threw me off!”

5) “2013, being first to receive confirmation of Gareth Bale’s world record move to Real Madrid. The information led me to catch up with a departing Bale at Luton Airport.”

4) “2011, Getting overexcited during one Transfer Deadline Day and announcing to camera – “Wish I Was At Home Watching This!””

2) “In 2012, news that Clint Dempsey, nailed on to join Liverpool, had arrived for talks at Tottenham’s training ground.”

1) “2010, Phone call from Harry Redknapp during a commercial break to inform me that Robbie Keane was heading north from Spurs to join Celtic on loan.

“He said, ‘look Jim, it hasn’t worked out for Robbie Keane here so we’re letting him go up to Celtic on a loan basis’. I was like ‘what?’ I couldn’t wait to get back on air.””

You can follow all the transfer news this deadline day on Sky Sports News HQ, skysports.com and @skysportsnewshq