Transfer Deadline Day can be bad for your health. Not only does it send the blood pressure of Arsenal fans rocketing through the roof every year, but the last-minute drama can affect the players involved too. 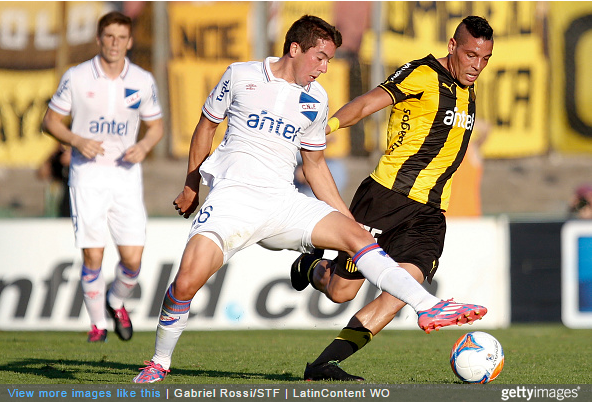 Uruguayan winger Carlos de Pena was a target for Championship giants Middlesbrough on Tuesday, with the 23-year-old even booking himself a plane ticket to Teesside as a move to England beckoned. However, with his club Nacional yet to okay the deal, the player was forced to cancel his flight and drive back from Montevideo airport.

It is during this journey home that De Pena, with his mother in the passenger seat, crashed his car. Thankfully, the attacker and his mum escaped injury and, after his club finally agreed to the (three-year) deal, the youngster got back in his car and drove straight to the airport once again, before winging his way to the North-East.

Tim Vickery, that South American football gun for hire, explained to the BBC:

On Monday, the club got a call from his agent saying he is on his way to England. The player drove off and promptly got himself in a car accident with him and his mother in the car.

Nothing serious as he was allowed out of hospital pretty soon after and he left his mum there, went back to the airport and flew to Middlesbrough.

I can’t remember anyone being so desperate to get to Middlesbrough since Chris Rea was driving home for Christmas.

What a cracking final line from Vickery. And congrats to De Pena on finally making the move to ‘Boro in one piece.