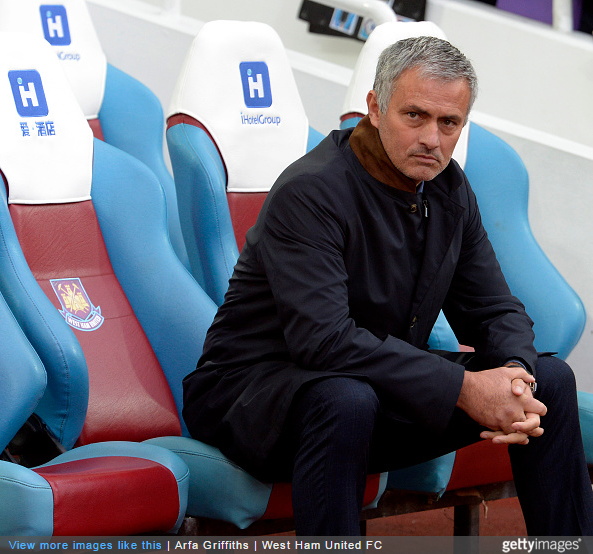 With the storm a-gathering high over his head, it’s being mooted in today’s papers that Jose Mourinho has begun preparing for life after Chelsea.

Chelsea suffered their fifth Premier League defeat of the season against West Ham on Saturday, a result that left them languishing way down in 15th place after 10 games.

As such, ESPN FC sources reckon the club are now “tentatively discussing” the idea of dismissing Mourinho (at a cost of around £30million in contractual compensation).

In turn, with the sword of Abramocles dangling precariously above his head, Mourinho and his people have started making their own contingency plans, with the Portuguese’s representatives “investigating the possibility of moving to PSG or returning to Inter Milan”.

Sources have told ESPN FC that Mourinho’s primary choice would be PSG, as all other top English and Spanish clubs are seen as off-limits, and the French champions are one of the few other sides with the money to match the elite and potentially win the Champions League.

The Mirror are also on board the sack train, with their back page looking a little something like this today…

And for those of you who prefer pictures to words, here’s tomorrow’s Daily Mirror back page pic.twitter.com/t8COFVKjvY

Word is that Chelsea’s senior players have become disillusioned by Mourinho’s sour demeanour and now believe it is a case of ‘when not if’ as far as their manager being canned is concerned.