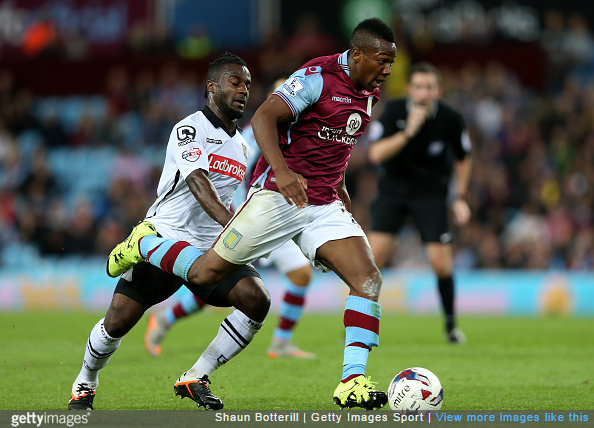 Despite having only made one start in his five appearances for Aston Villa so far, there are whispers on the wind that Adama Traore is soon to be bumped right up to the top of the club’s top-earners list due to a frankly ridiculous stipulation inserted into the 19-year-old winger’s contract.

Traore arrived from Barcelona in a £7million, five-year deal over the summer and it would appear that Villa threw the proverbial kitchen sink at the youngster to coax him into swapping Catalonia for Brum.

According to the Telegraph‘s sources, Traore is currently scraping by on a mere £40,000-a-week at Villa, the poor lamb.

Thankfully however, there is a reported clause in his contract that will see his wages almost doubled to a staggering £75,000-a-week as and when he makes the required amount of appearances.

The best bit? The Tele reckon that could be as few as 10 games! He’s already half way there.

The salary increase would see Traore overtake Charles Nzogbia (£65,000-a-week) as Villa’s highest paid player, which is equally ludicrous in and of itself.

Total insanity. What the hell is happening out there?