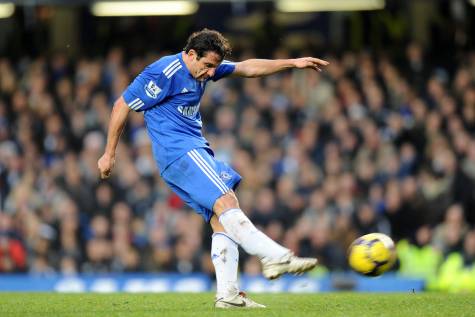 Chelsea’s underrated utility man Juliano Belletti‘s days at the club appear to be numbered as revealed by the man himself via his Twitter account.

Speaking on the micro-blogging site, the Brazilian admitted that next month’s FA Cup Final may be his last game in a Chelsea shirt;

“Maybe [the cup final] will be my last game for Chelsea. My contract ends in June and I still haven’t decided where to go.

I’m not thinking of retiring. I will try to reach my thousandth goal… I’m 950 short.”

The versatile 33-year-old saw a move to Brazilian side Flamengo blocked by Chelsea in January due to a host of players being away on African Cup of Nations duty, but has found game time pretty scarce since then.

Surely a shrewd Premier League team (I’m thinking Fulham) would be willing to snap up Belletti on a free. I’m convinced he’s a better holding man than John Obi Mikel, but the Nigerian has youth on his side – and that it a commodity Belletti does not possess.

His days of flying down the flank from right-back may be over (or at least not as prevalent) but Belletti is still a very solid player, and I’m sure he’s capable of doing a pretty decent anchoring job at a mid-Prem level.