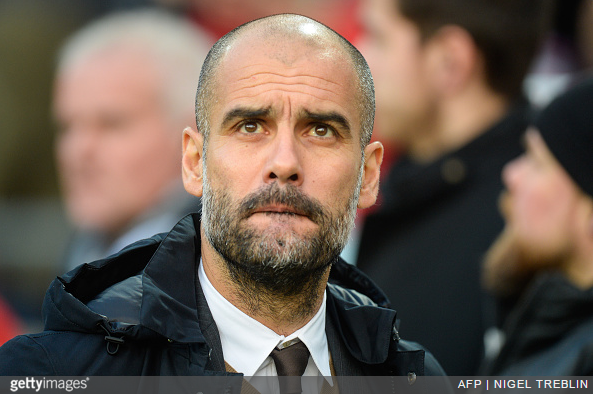 “You know where’s nice this time of year? Longsight”

While Pep Guardiola turning up at Man City next season wouldn’t entail the greatest leap of anybody’s imagination, it’s being reported with a fair amount of conviction in the German press that the departing Bayern Munich coach has confirmed he will be City’s next manager.

Kicker are using the aforementioned C-word (by which we mean ‘confirmed’, before you get excited) quite vehemently in their report, claiming to have heard from “reliable English sources” that Guardiola will be heading for City after he parts company with Bayern Munich at the end of the current season as planned.

As confirmed by Kicker from reliable English sources, Pep Guardiola will leave Bayern to begin the new season as coach of Manchester City – although Manuel Pellegrini there is still tied to the summer of 2017.

The German magazine also add that Pep has been persuaded Etihad-wards by his “good friends” Ferran Soriano and Txiki Begiristain – both of whom he worked alongside at Barcelona and both of whom now occupy executive positions among City’s top brass.

While it’d be harsh to say that Pellegrini has run his course at City, the planets seem to be aligning and perpetually upwardly-mobile owners are hardly going to miss out on their one chance to rope in Pep – a man they’ve been hankering after for years.

The style clash may prove to be an interesting issue. City’s laconic team are almost the embodiment of Pellegrini’s softly-spoken, low key approach – sitting at total odds with Guardiola’s frantic, manic-obsessive tweaking. Yaya Toure won’t last five minutes if he doesn’t buck up.

Also, we can’t help but feel that Pep is selling himself a little short by going to City when the really juicy challenge is just across town.