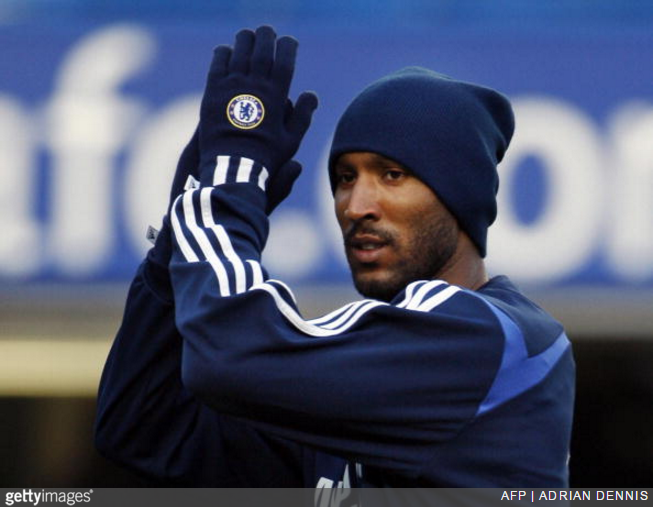 Nicolas Anelka had already been around the block a few times by the time he made his Chelsea debut as a 58th minute substitute against Tottenham on this very day back in 2008.

The Blues had paid £15million for the forward who had previously declared, after he left Arsenal in a huff in 1999, that he was finished with English football.

Anelka started out with PSG in 1994, and moved to Arsenal in 1997. He stayed for two years, winning the Young Player of the Year award in 1998/99 but also earning the nickname of Le Sulk because of many and multiple dressing room disputes.

After a long and drawn out summer transfer saga during which Anelka complained about pretty much everything, he joined Real Madrid in 1999.

There, he complained of being “treated like a dog” after being fined for missing training, announcing “I am alone against everyone”. The poor lamb. Always being picked on.

He returned to PSG in 2000, but fell out with that club soon after and was sent on loan to Liverpool. Manager Gerard Houllier didn’t take up the option to buy the star, partly because Anelka’s brothers appeared to be hawking him around other clubs. Anelka later went on record as saying that Houllier “couldn’t be trusted”.

Instead, he joined Manchester City in 2002 where he stayed in relatively uncontroversial circumstances until 2005 before joining Fenerbahçe.
In 2006, he was back in England again with Bolton Wanderers. In 2007 he said he would be willing to rejoin Arsenal, then pledged his future to Bolton, before signing for Chelsea in 2008. Are you keeping up?

In 2011, he put in a transfer request after being “left to rot” by Andre Villas-Boas, and after knocking back a few “unsuitable” offers from European clubs, signed for Shanghai Shenhua. The veteran striker was then almost immediately made player-manager of the Chinese Super League club, if only on a temporary basis.

By 2012, word was that Anelka was keen on a move back to England, the country he was so vehemently finished with in 1999.

After a five-month loan deal with Juventus, Anelka fetched up at West Brom, his sixth premier League club. A controversial year that incorporated in a false retirement, the death of his agent and accusations of anti-semitism ended with the player announcing on social media that he was terminating his contract.

The Baggies said they had had no official notification of his intentions, and sacked him for gross misconduct.

In September 2014, Anelka joined Mumbai City of the Indian Premier League, where he is now player-manager.

Phew. What a career.