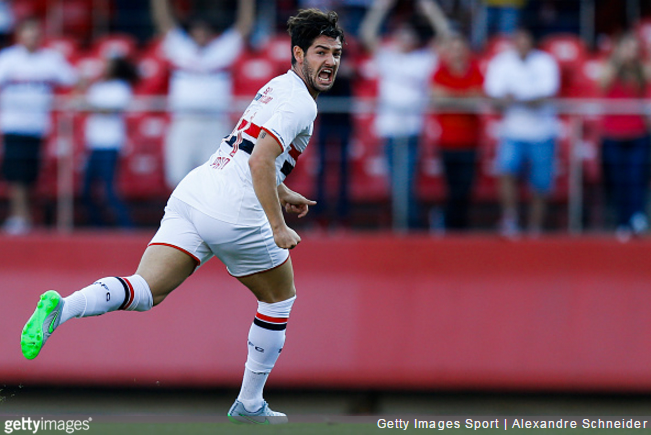 It would appear for all the world that Chelsea are on the cusp of tying up a £10million deal to sign Alexandre Pato from Corinthians.

ESPN Brazil reported on Thursday that Chelsea are “close to a positive outcome” and that the probability of the former (massively injured) Milan prodigy moving to Stamford Bridge before the end of the month is “good”.

Today, Globo Esporte have followed up by quoting Corinthians coach Tite Bacchi, who responded to repeated questions about Pato’s imminent move by saying:

Maybe in two or three days, you journalists will have an answer about Pato. A response from me won’t be needed.

Hard to believe that Pato is still only 26 years old. Given the spiralling prices being forked out in the Premier League these days and Guus Hiddink crying out for a prolific(ish) out-and-out striker, £10million for the man they named after a duck doesn’t seem like a particularly hefty bill – bill… geddit? No?

At the other end, it’s being reported that the return of busted flush Radamel Falcao to Monaco was scuppered due to an injury issue.

It’s true that we’ve talked about Falcao on numerous occasions.

The original idea was that he would return to Monaco to play the second half of the season. He came over and had a medical. Unfortunately, he was injured.

So we took the decision that it would be better for him to stay with Chelsea. Could he return one day? I won’t close the door, that door remains open.