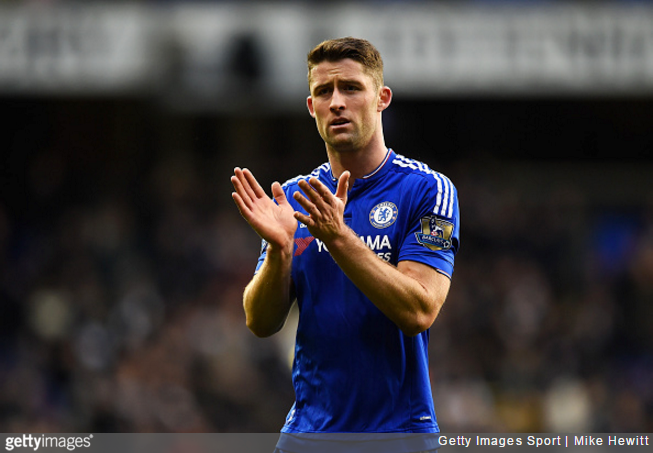 The tittle-tattle emanating from Chelsea this afternoon is that Gary Cahill is seriously considering leaving the club in a bid to rescue his flagging chances of going to Euro 2016 with England.

Having made just 12 league appearances so far this season, the 30-year-old centre-back has found himself bumped down behind John Terry and Kurt Zouma in the pecking order at Stamford Bridge and is reportedly mulling over the possibility of moving on.

The Guardian have it thus…

Cahill fears he might miss out on the Euros this summer if he is still not playing regularly, a source close to the player told Reuters.

While it could be too late to make the move before the current transfer window closes on Monday, Cahill is resigned to leaving the champions to ensure regular top-flight football.

The highly regarded defender […] says he may be at the “crossroads of his career”.

A major stumbling block is sure to be the mammoth four-year contract extension Cahill signed a little over a month ago. Playing regularly under Jose Mourinho, Cahill has made just two appearances since Guus Hiddink took the reigns.

As such, he’ll probably cost a pretty penny to purchase outright, and you have to imagine that Chelsea are unlikely to allow him to leave on loan before the window shuts in five days’ time.

Perhaps lumping him into another mega-bid for John Stones might be the answer?

Either road up, time is most definitely of the essence.