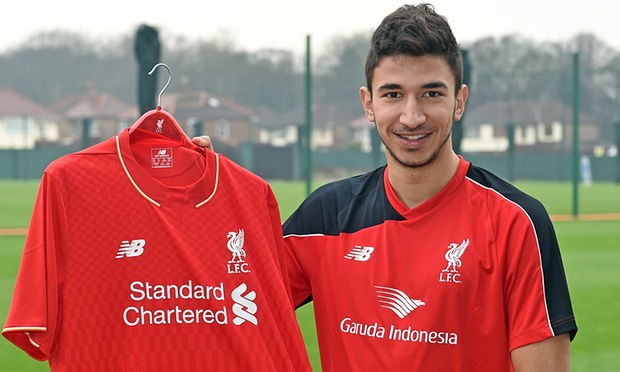 Liverpool new boy Marko Grujic has admitted he’d prefer not to be saddled with the burden of having to wear Steven Gerrard’s old shirt number should he force himself into the first-team reckoning at Anfield.

The 19-year-old Serbian midfielder signed from Red Star Belgrade at the beginning on January and was immediately loaned back from whence he came for the remainder of the season.

Grujic, who is currently wearing the No.8 jersey at Red Star, was asked during an interview whether he would relish taking the iconic squad number at Liverpool upon his arrival proper this coming summer.

Unsurprisingly, he replied that he’d really rather not….

Probably a wise choice. Liverpool fans are a sentimental lot.