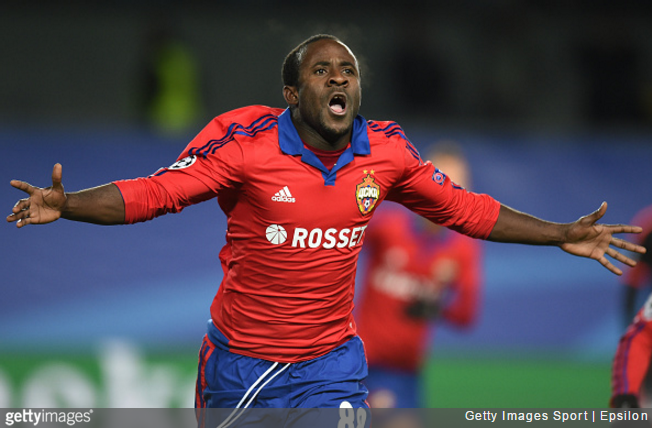 The first major-ish move on transfer deadline day has gone through, with Newcastle completing the loan signing of Roma striker Seydou Doumbia.

The deal was reportedly rubber-stamped this morning, with the two parties now merely waiting for the results of Doumbia’s medical to come back…

Seydou Doumbia signs for Newcastle on loan from Roma, subject to a medical https://t.co/MMpaADsti2 #DeadlineDay pic.twitter.com/Omsea4zJHN

The Ivory Coast striker has a terrific goal-to-game ratio largely due to the 66 league goals he scored in just 108 games across his two loan stints as CSKA Moscow.

In fact, he’s got the fourth best minutes-to-goal ratio (124 minutes-per-goal) of any player in the Champions League this season, behind Lionel Messi (104), Karim Benzema (115) and Cristiano Ronaldo (118).

All that should guarantee he leaves St James’ Park without troubling the net even once.

UPDATE: The loan has now been made official by Newcastle…