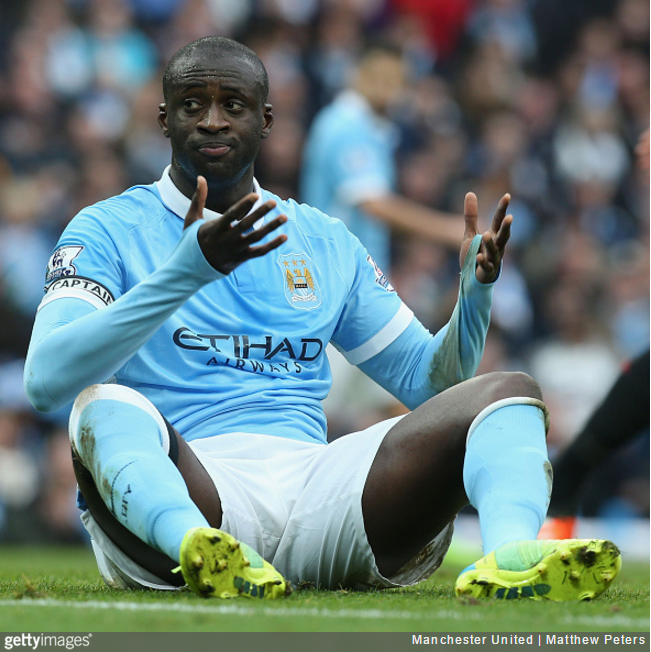 Yaya Toure, or more accurately, his relentless agent, Dimitri Seluk, has seemingly confirmed that the 32-year-old midfielder will be leaving Manchester City when Pep Guardiola takes over this summer.

However, Seluk didn’t waste his chance to bang away on his knackered old ‘my client doesn’t get enough respect’ drum once again. The blindingly obvious subtext being that he’s having one last desperate stab at coaxing yet more money out of the Sheikh before Yaya waddles off into the sunset.

That said, we’ve definitely been here before. Many times.

Prattling away in The Sun, Seluk trotted out all the old familiar favourites when asked whether Toure would be hanging around to see out the final 12 months of his City contract.

From this moment we start to discuss with different clubs about Yaya going there in the summer.

City don’t do anything concrete. Yaya has given everything for the club and we don’t feel that this situation is the right way to show how much they appreciate him.

We have waited too long. City promised a deal but nothing has materialised so Yaya will leave in June.

Yaya is disappointed of course. But he is a professional and he remains under contract so he will continue to do his best for City.

Yep. Regular as clockwork. Every six months. It would appear that being paid quarter-of-a-million quid a week to do your job as and when you feel like it just doesn’t constitute ‘respect’ in Seluk’s well-thumbed little book of money-grubbing.

We bet City can’t wait to get shot of Yaya, if only because it won’t mean they’ll have to deal with this rapacious shark any more.