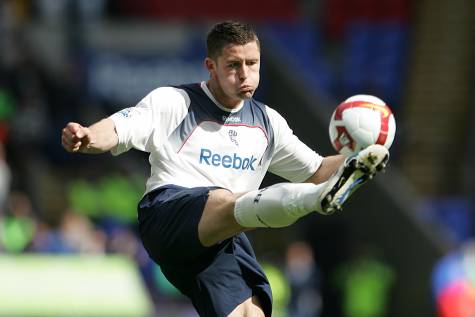 According to reports in The Sunday Mirror yesterday, Arsenal manager Arsene Wenger is planning a major rebuild of his squad during the off-season and will target Bolton’s Gary Cahill as part of the summer overhaul.

With William Gallas looking increasingly likely to be leaving The Emirates at the end of the season, Wenger has turned his sights on 24-year-old Cahill as the player he wants to replace the outbound French centre-back.

It has been reported that Arsenal will have a significant amount of cash to spend during the close season but the Gunner’s boss has said that he will not be held to ransom for any of his transfer targets, so whether Bolton will let their highly-rated defender leave for a reasonable fee remains to be seen.

I reckon if Arsenal can bring in Cahill for under £10 million (although I expect Bolton will be holding out for nearer £15 million) then they’ll be laughing. He is young (ish), committed, strong, comfortable on the ball and improving year upon year i.e, exactly what the Arsenal defence needs.

Plus, coupled with Thomas Vermaelen, you’re looking at a centre-back pairing that is liable to get you ten or more goals a season.