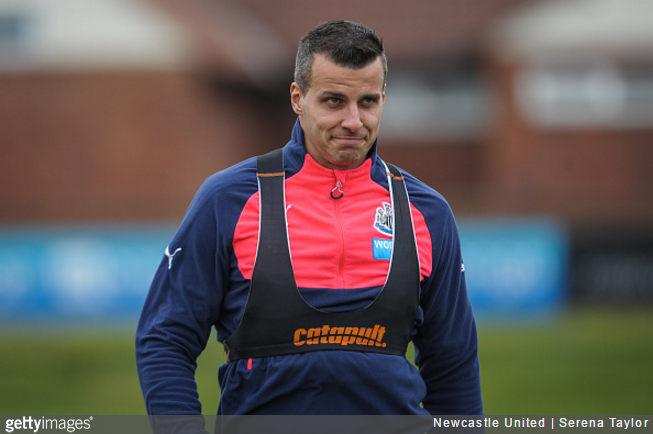 It’s a day we never thought we’d see arrive, but Newcastle have confirmed today that Steven Taylor will be released upon the expiry of his current contract at the end of the month.

Taylor, now 30, first joined the Newcastle youth ranks from Wallsend Boys Club at the age of nine, back in the primordial mists of 1995. He made his senior debut in 2003 and went on to play 268 times for the first team.

Speaking to the official Newcastle website, Taylor admitted that walking away will be difficult but that now feels like the right time to part ways.

It will be a huge wrench to leave Newcastle but I’ve been offered exciting opportunities both in the UK and abroad and I’m really looking forward to my next challenge.

I’ve loved my time at Newcastle. I’ll always be a huge fan of the club and I’ll be returning to St James’ Park as a supporter whenever I can.

And lo, Rafa’s summer purge begins in earnest. By ‘eck, there is an awful lot of dead wood to shift at that football club.

Anyway, Taylor’s exit marks the end of a fairly daft era at St James’ for the enthusiastic-but-error-strewn centre-half, but his ‘Platoon moment’ against Aston Villa (remember them?) will live on immortal…