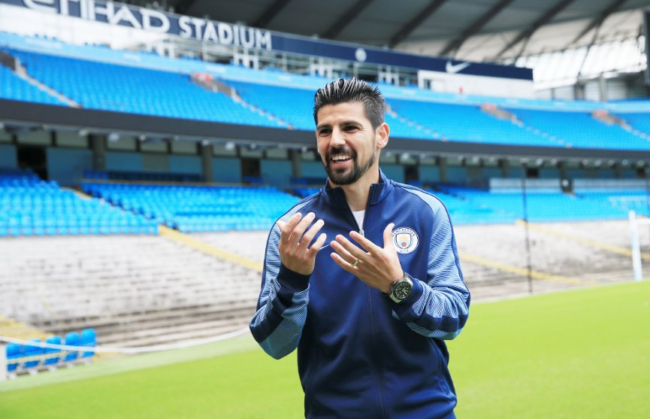 Man City fans have woken to find that Manuel Agudo Duran – better known as Nolito – has completed his move to their club in a deal reportedly worth around £14million.

The 29-year-old forward joins from Celta Vigo, where he scored 39 goals in 103 appearances over the course of three seasons. City have confirmed that he will wear the No.9 shirt.

Nolito has actually technically played under Guardiola before at Barcelona between 2008 and 2011, though he spent the majority of his time in the B team, making just five first-team appearances.

Regardless, he knows and understands Pep’s system and is almost certain to begin the season as first-choice while this brave new regime is drummed into Raheem Sterling.