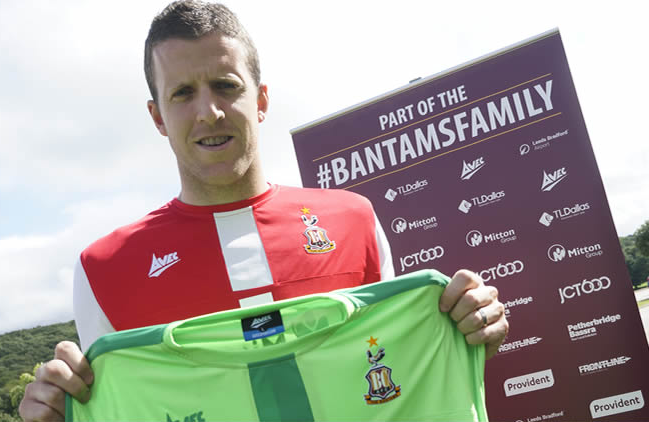 It’s being reported that Bradford City have parted with the princely sum of one English pound to sign goalkeeper Colin Doyle from Blackpool.

According to The Guardian, Bradford activated a £1 relegation clause in Doyle’s Blackpool contract after the Tangerines dropped down to League Two at the end of last season.

Blackpool sort of confirmed the presence of the clause in a statement issued via their official website:

The goalkeeper, 31, moves to the Coral Windows Stadium after having a release clause, which became active upon relegation from League One, triggered in his contract.

Having spent just one year at Bloomfield Road, Doyle has today signed a two-year contract to move to the Bantams.

We like to imagine that somewhere out there, one Bradford club executive is having to meet with his Blackpool counterpart to collect a single pound coin.

What an excellent bit of bargain hunting.