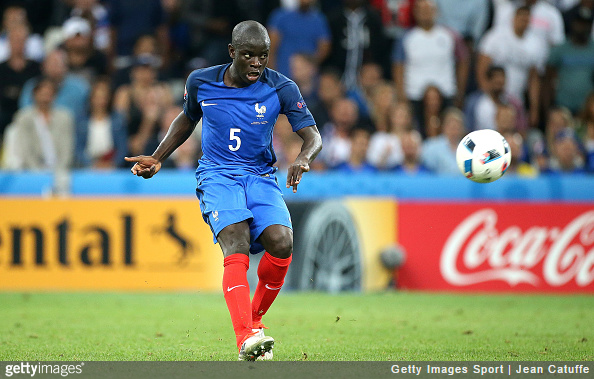 We’re still a way off anything being made official, but reports emanating from France today are claiming that N’Golo Kante’s move to Chelsea is pretty much a done deal.

According to RMC’s chief football writer Mohamed Bouhafsi, the €36million (approx £30million) move has been signed off, with Kante joining the Blues in a long-term deal…

And with that, the first brick from Leicester City’s title-winning wall is removed. It was only a matter of time.

Great, vital signing for Chelsea and a sore, sore loss for the Foxes, who will now be hoping that new defensive midfield signing Nampalys Mendy can bed in and make the same sort of instant impact as Kante last season.