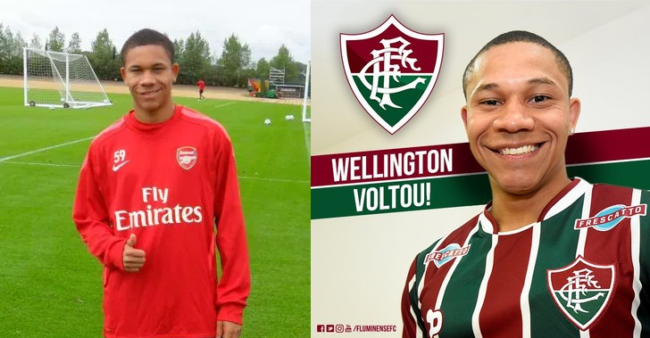 The year was 2010. Vuvuzelas were big news, dreary vampires were absolutely sodding everywhere and a certain 16-year-old Brazilian wunderkind was leaving Fluminense in his homeland to sign on the dotted line for Arsenal.

That sprightly young knave was Wellington Silva. After fending off both Manchester United and Chelsea to sign the youngster, Arsenal spluffed £3.5million to bag their man.

Indeed, the FA even initially awarded him a “Special Talent Visa” to help facilitate the move, such was the fervour to bring young Wellington into the English football fold. He truly represented the bright, exciting tomorrow we were all promised yesterday.

However, that special Visa was soon retracted and it consequently took Silva another four years to earn a work permit to play in England, by which time he’d been loaned out by the Gunners on no less than five separate occasions: Levante, Alcoyano, Ponferradina, Murcia and Almeria, if you were wondering.

Even after being granted his permit, Silva struggled to make any inroads at the Emirates, failing to break into the first-team reckoning and as such spent the entire 2015/16 season on loan at Bolton, where he scored twice in the space of 25 appearances.

And lo, yesterday the cycle was completed.

Best of luck to them/him. Here’s hoping Wellington still has his best years ahead.