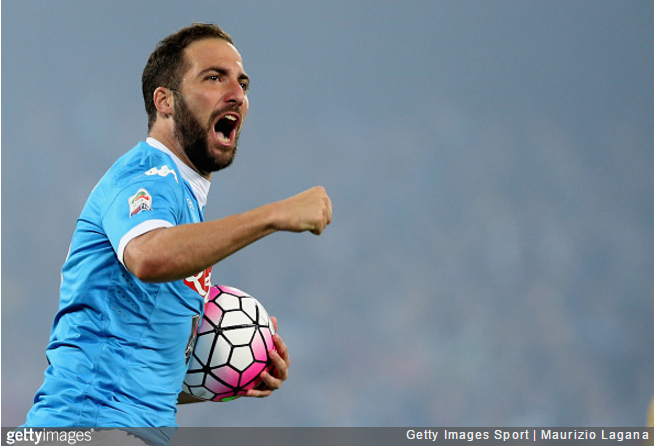 Nothing formal as yet but Sky Italia are reporting that Gonzalo Higuain has completed a move from Napoli to Juventus.

The fee involved? An absolutely berserk €90million – that’s £75.3million in old money. And for a 28-year-old, too. Bloody Nora.

The transfer has been on the cards for a week or so, with more than a couple of Napoli fans greeting the prospective deal by taking to the streets and ritualistically burning their Higuain shirts/stuffing them down toilets, etc.

That was followed by Napoli’s club president, Aurelio de Laurentiis, publicly accusing Higuain of “betraying himself” by toddling off to join the Partenopei’s “historical rivals”.

Well, today is the big day of betrayal and brimstone and other such amateur dramatics, with the transfer widely being reported as signed and sealed in Italian press circles after the Argentinian striker agreed a four-year deal with the Old Lady…

UPDATE: Looks like it’s official now. Juventus’ general manager Beppe Marotta has confirmed that the Bianconeri have deposited Higuain’s contract, meaning that the deal is done as far as the Italian football authorities are concerned.