A Napoli restaurant, in response to Gonazalo Higuain’s €90move to Juventus, have come up with a rather tasteless promotion, offering a Margherita pizza for only €1 when the Argentine striker suffers his first injury with his new club. 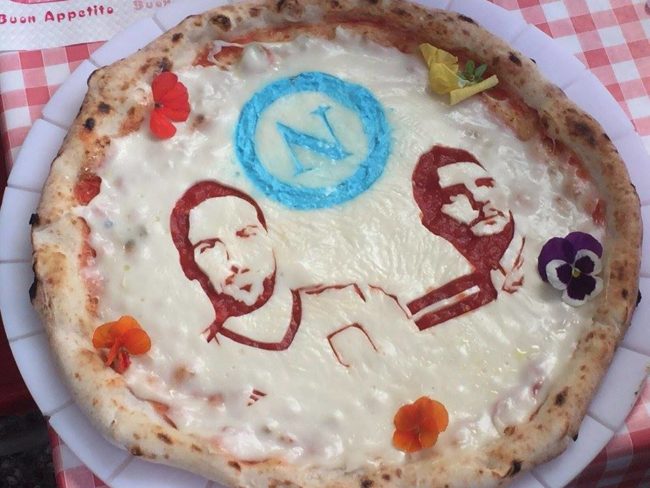 The 28-year-old striker was a huge success at Napoli, netting a record-breaking 36 goals in 35 Serie A games last season. However, the former Real Madrid man couldn’t resist the big-money move to the all-conquering Juventus, a decision which understandably has irked Napoli fans.

Show Pizza, a restaurant in Napoli is offering a promotion – a Margherita pizza for only €1 when Higuain suffers his first injury at Juve

Now we understand how the loss of a favoured footballer to a rival club can lead to bitterness and hurt (and we all love a cheap pizza). However, surely this is going just a tad too far.