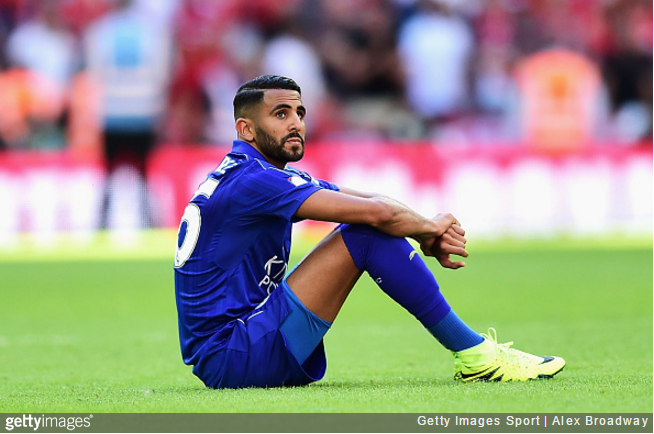 On the back of a summer of conjecture, Riyad Mahrez has now reportedly accepted that he will not be leaving Leicester City any time soon.

According to the Guardian, despite turning down a new £80,000-a-week contract offer, the Algerian has no qualms about staying put but has also made known his desire to try his hand at a club in the upper echelons, with Arsenal, Chelsea and Barcelona all said to be tailing the 2015/16 PFA Player of the Year.

However, following a series of talks between his representatives and his current employers, Mahrez has now come to accept that he will not be leaving the Foxes during the current transfer window as the reigning champs now don’t have sufficient time to source and acquire a replacement.

Negotiations over a new contract will continue, however, with any agreement potentially resting on whether the 25-year-old would be allowed to leave if a suitable bid is received in future.