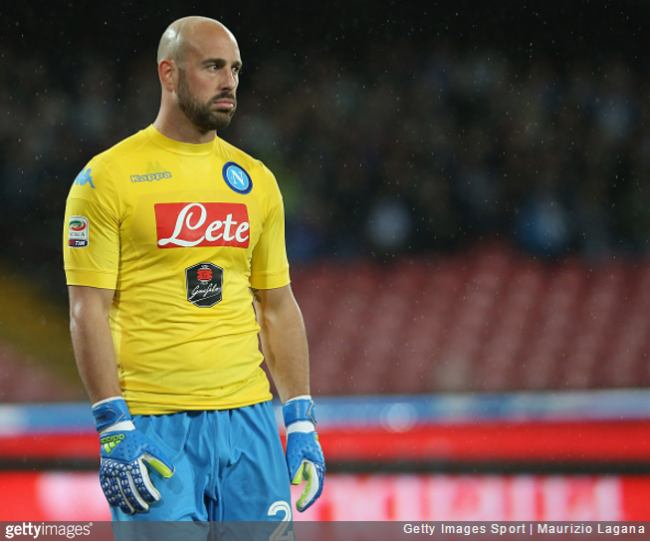 With the freshly-usurped Joe Hart reportedly set to leave Man City before the end of the current transfer window, the word on the wire is that Pep Guardiola is keen to bring in Barcelona ‘keeper Claudio Bravo as his replacement.

In turn, this gave rise to reports that, sensing a disturbance in the Force, Pepe Reina had contacted Barca and touted himself as a replacement for Bravo, such was the 33-year-old veteran’s clamour to return to play for his boyhood side.

The tittle-tattle first appeared in Spanish paper Sport, who claimed that Reina was “desperate to return to Barca” and therefore had privately offered his services to the Catalan side on the proviso that he’d be willing to personally engineer his Napoli exit and accept lower wages in order to go crawling back to the Camp Nou.

Unfortunately for Sport, Reina himself caught wind of their guff and immediately took to Twitter to call shenanigans on the whole thing…

Translation: “Bullshit! I’ve not offered myself to anyone! Enough of the lies… Always and forever Forza Napoli! Now let’s get ready for Sunday! Clear?”