While the calls for reinforcements to come in at the Emirates reach deafening levels, one player leaving Arsenal is Joel Campbell, who is moving to Portuguese side Sporting Lisbon for the 2016/17 season. 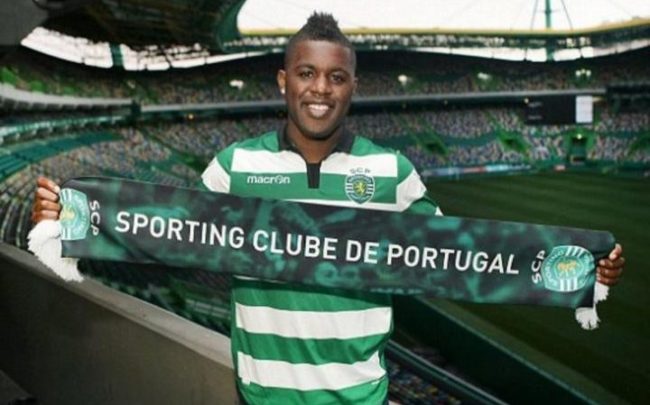 The 24-year-old has been with Arsenal since 2011, but despite some impressive displays he has never really convinced Arsene Wenger. Indeed, during his stint with the Gunners, Campbell has spent time on loan at Lorient, Real Betis, Olympiakos and Villarreal

Last season, Campbell bagged four goals in 30 games for the Gunners, including three in 19 Premier League appearances. However, now the attacker will join up with his fellow countryman Bryan Ruiz at Sporting for the new season, with the player looking rather happy with the move…

A statement on the Arsenal website said: “Everyone at Arsenal wishes Joel a successful season in Portugal.”

Campbell’s latest loan deal may well have been accelerated by the performances of German winger Serge Gnabry at the Olympics, with Wenger apparently keen to utilise the 21-year-old this season.

However, with Sporting his fifth loan club since joining Arsenal, one doubts if Campbell will ever play for the north Londoners again.