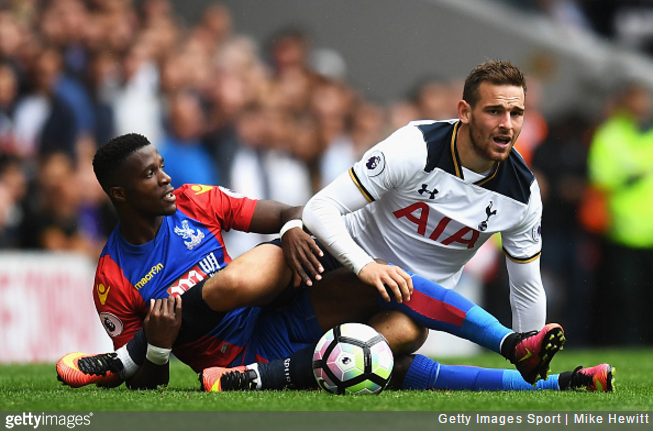 Having already lost Yannick Bolasie this month, there’s a chance that Crystal Palace may end August without Wilfried Zaha among their number either.

That’s if the Daily Mail are correct in their assumption that Tottenham are preparing to make an offer for the nippy 23-year-old winger to the tune of £15million.

According to the report, Spurs have given up on signing Marseille wide-man Georges-Kevin Nkoudou after seeing the deal stall repeatedly and have instead identified Zaha as a potential alternative.

Indeed, the Mail go as far as positing that Zaha is now Mauricio Pochettino’s “top transfer target”, despite Palace being reluctant to sell and the player having four years left on his current contract. As such, Spurs are hoping to sweeten things up by chucking in Nacer Chadli as ballast.

Tottenham have bid in region of £15m to sign Wilfried Zaha, according to his agent. Zaha keen, CL football etc. #CPFC want to keep him #THFC

Call us cynical, but this all has the feint whiff of the deliberate, agent-sanctioned press leak to us.

Just don’t act all surprised when Zaha signs his new and improved Palace contract next week.