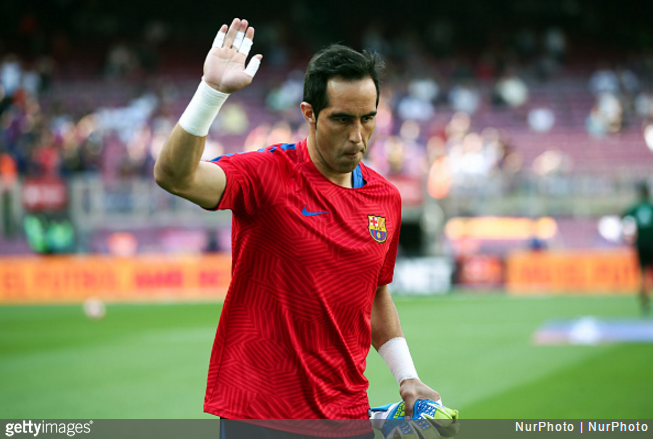 The deed is done. Claudio Bravo is officially a Manchester City player after finalising his big move from Barcelona.

It’s little surprise that Bravo’s transfer, all £17.1million of it, has gone through mere hours after Barca were able to source a suitable replacement in the wiry form of Jasper Cillessen.

Bravo comes bearing impressive stats, boasting back-to-back league and cup doubles and Copa America titles over the past two seasons as well as the highest distribution accuracy (86%) of any ‘keeper in Europe’s top five leagues last year (via Squawka).

Let’s all #WelcomeClaudio to Manchester City!

The Chile international goalkeeper, 33, has signed a four-year deal at City and will be installed as Pep Guardiola’s first-choice goalkeeper from the off.

It’s a tactical move which may well have a knock-on effect for Joe Hart, not that anybody has seemed to notice.