Fresh from finally signing on the dotted line for line for Arsenal, Shkodran Mustafi has rather amusingly called out an Arsenal fan who refused to accept that the German World Cup winner would join the Gunners. 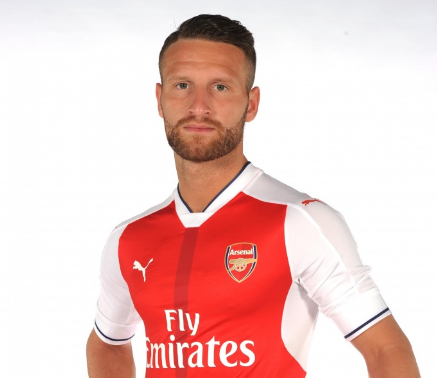 One of an army of rather over-emotional Arsenal Tweeters, @Danielfloyd1981 Tweeted that he’d give everyone who RT’ed the below Tweet £20 if Mustafi actually did move to the Emirates…

Tell you what if we sign Mustafi i’ll give everyone that RT’s this £20. 😂😂😂 #AFC #GoonerFamily

Then, after Mustafi actually did put pen to paper, Arsenal’s social media team were quick to get the centre-half on Daniel Floyd’s case, courtesy of this cheeky video which they Tweeted back to the Gunners’ fan…

Interestingly, Floyd has also popped up a similar Tweet about Lucas Perez (and other Arsenal transfer targets) so he may well be forced to cough up a fair amount of cash…

If we sign Lucas Perez I’ll give £20 to everyone that RT’s this. #AFC #GoonerFamily