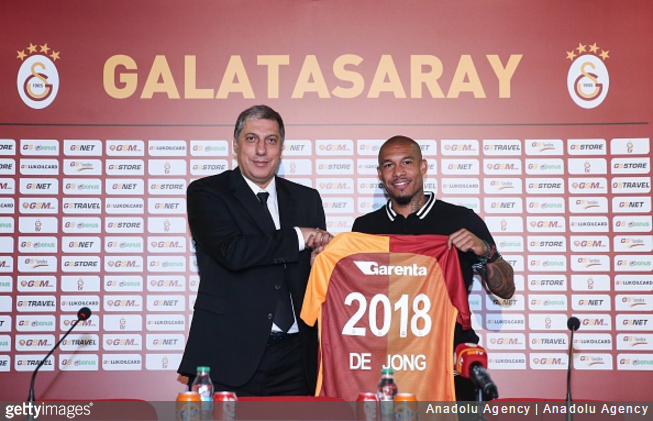 As you may have seen, Nigel de Jong made the move to Galatasaray amid the hustle and bustle of transfer deadline day, signing a two-year deal with the Turkish side.

The free transfer brought to an abrupt end De Jong’s fairly brief stint in MLS, having signed for LA Galaxy just under eight months ago in February of this year.

It was reported that Galaxy were keen to move the 31-year-old Dutch midfielder on as he was getting perilously close to triggering a clause in his contract that would have seen his deal jump from a $500,000 salary to a two-year designated player deal worth around $3million a season.

Which, all in all, makes the following aspect of his exit all the more confusing.

After the Gala move went through, MLS posted a strange, slightly sour farewell montage for De Jong that seemingly went to great lengths to list his achievements (or lack thereof) during the 18 appearances he made for Galaxy…

Does this seem unduly petty to everybody else, or is it just us?