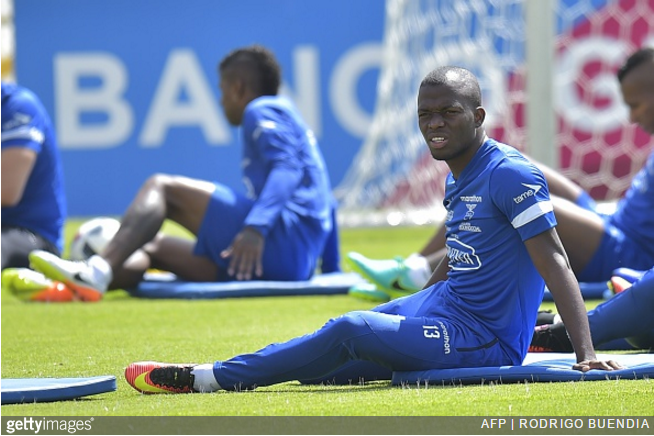 Swansea have taken the time to give us all a comprehensive guide to all things Enner Valencia, which is good of them, especially as the Ecuadorian striker actually signed for Everton on deadline day.

The Swans were keen to take the West Ham forward on loan before the window closed on Wednesday evening, but Valencia eventually decided to snub their overtures in favour of a season-long loan move to Goodison Park…

Strangely, the news that Valencia had completed his move to Everton didn’t stop Swansea from also announcing the capture of the 26-year-old themselves, with the Welsh club publishing an “in-depth” look at the player on their website several hours after his Toffees move went through. 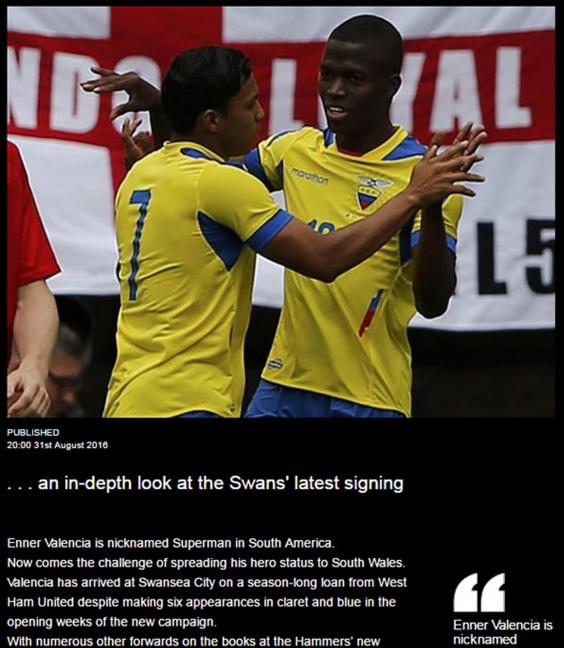 Nice try fellas, but we’re fairly sure that claiming ‘dibs’ doesn’t really hold much sway when it comes to £multi-million football deals.