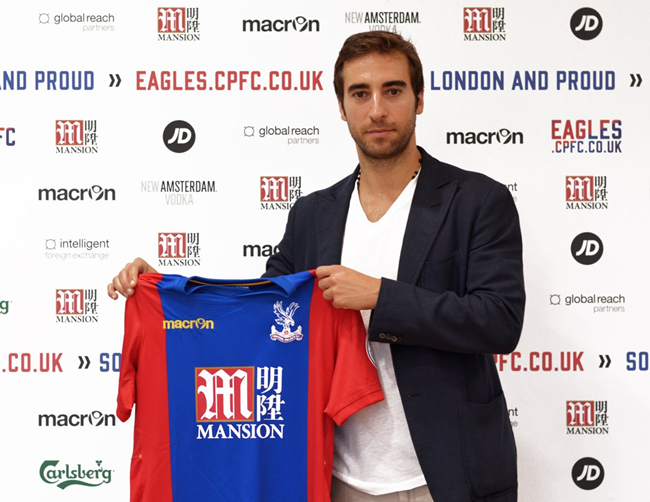 The 32-year-old Frenchman has been a free agent since leaving the Gunners (for the second time) at the end of last season, but now his Premier League odyssey looks set to continue with a move over the Thames to Selhurst Park.

Speaking on his move, Flamini said:

Crystal Palace is a very ambitious club with great players and I am looking forward to being part of that squad. It is a very interesting challenge for me and I am very excited to be here.

I have had chance to discuss the move here with Alan Pardew and he really helped me make my decision.

Eagles’ boss Alan Pardew has been eager for a midfield enforcer since the departure of Mile Jedinak to Aston Villa, and the tough-tackling Flamini fits the bill. After getting his man, Pardew said:

I thought it was important to get another midfield player. His playing ability will help us but also his leadership qualities and his ability of how to win games in a passing style.

I am delighted that we have secured a player of his stature.

He may be limited, but Flamini will bring experience and organisational skills (he’s rather fond of pointing) while he’s provide some steel in the middle of the park for Palace.

Off the pitch, the clever-clogs ex-Marseille and AC Milan player is co-founder of GF Biochemicals, a bio-fuels company whose future success may well mean that Flamini could probably buy Crystal Palace himself, rather than just play for them.

Expect a few crunching tackles from the Gallic hardman this season. Watch out Tottenham…