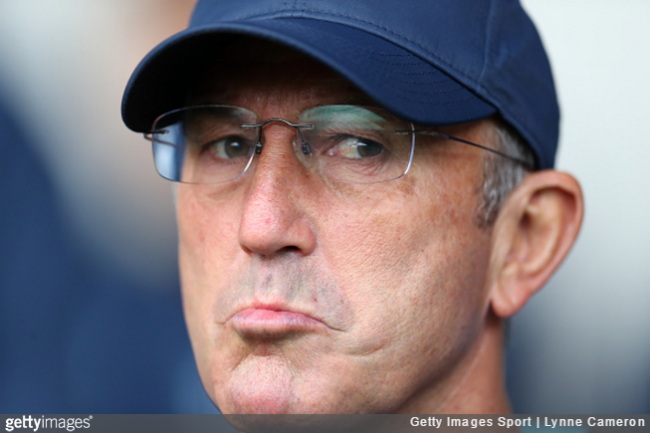 The odds of Tony Pulis becoming the first managerial departure of the Premier League season have never been shorter after the West Brom boss publicly refuted claims made by the club’s chairman that he wanted any of the five players brought in over the course of the summer transfer window.

The five players that John has said I was happy with, they weren’t the marquee players I wanted to bring in.

But we’ve brought the players in and we’ve got to get on with it.

There’s all sort of different reasons why those players weren’t brought in, but to try and say they were the five that I wanted, that’s wrong.

I’ve spoken to John about it and I think he accepts that.

But we’ve got players in, now everything’s got to be battened down and we’ve got to move on.

Word on the wire is that Pulis was desperate to get his mitts on Ignacio Camacho from Malaga. West Brom lodged an opening bid but didn’t activate the defensive midfielder’s £15.7million release clause, thus negotiations went no further.

Public passive-aggressive slanging match aside, that’s about the long and short of it.

What’s that old adage about airing dirty laundry in public?