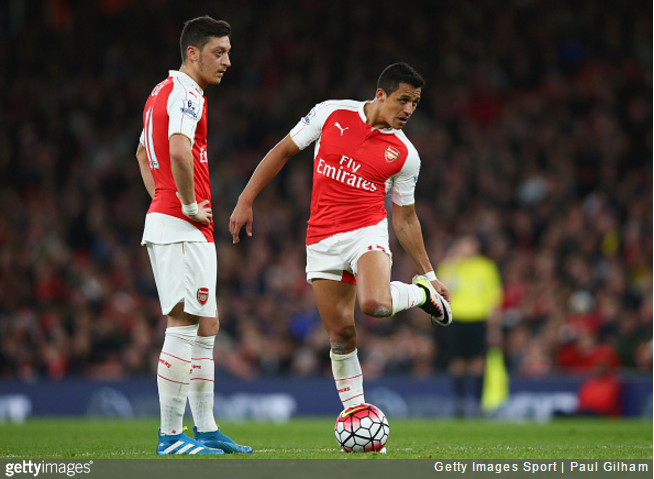 It looks like Arsenal might be girding themselves for an expensive month or two with rumours today that two of their biggest stars are seeking gigantic pay increases.

Already the top two earners at the Emirates, word is that Mesut Ozil and Alexis Sanchez could end up costing the club around £36million more than they’d originally budgeted for when initial contract extension talks began last year.

According to The Times, both players are understood to be asking for £250,000-a-week, which is £70,000-a-week apiece more than the pair were quibbling over during a period of “preliminary negotiations” 12 months ago.

Arsenal were unable to make much progress in re-signing their stars last season, with both Özil and Sánchez opting to put the matter on hold to concentrate on their football after Christmas.

The Independent add that the pair’s tandem wage demand hike is partially due to the declining value of the pound because of the Brexit vote in June.

When talks originally began last October, the pound was valued at €1.38, while its post-Brexit vote value has reduced to €1.13.

Interesting. Regardless of the inflation, surely Arsenal would be mad to not pay Ozil and Sanchez whatever mad amount of money they ask for?

Incidentally, this all comes days after noted football fiscal hounds Swiss Ramble crunched the numbers and found that the Gunners currently have an operating cash balance of, if you’ll excuse the technical jargon, bloody soddin’ loads.

Of course, we’re all but certain there’s no link between the two stories whatsoever.