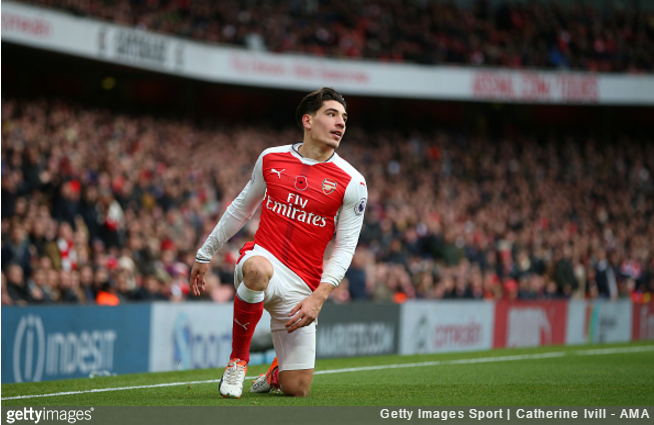 Word on the wire is that after several weeks of negotiations, Hector Bellerin has gone and signed an enormous new contract at Arsenal.

As confirmed by the Evening Standard, Bellerin has agreed a six-and-a-half-year deal that will see his earnings boosted to £100,000 every seven days.

There had been recent talk of Barcelona being keen to re-sign the player they let go as a teenager, but Bellerin himself took the refreshing decision to openly nix the rumour-mongering a few weeks ago by telling the Standard that if he’d have “wanted to play there, he would have stayed there.”

And so, a significant triumph for the Gunners, who have formally tied down one of their most highly-prized assets until some point in the distant future.