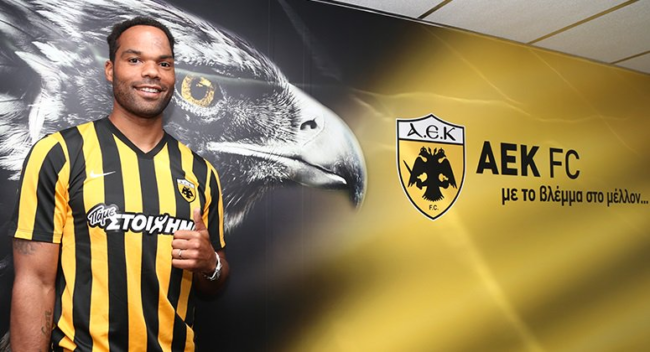 Just 87 days after he signed it, Joleon Lescott has had his AEK Athens contract pulped.

The former England defender, 34, put pen to paper on a two-year deal with the Greek side back in Athens but leaves today having made preciselyfour appearances for them…

AEK FC and Joleon Lescott mutual agreed the termination of his contract.

ITV Sport are reporting that the first cracks began to appear recently when AEK denied Lescott permission to recuperate from an injury back in England.

It’s a goddamn shame but alas, all things must pass.