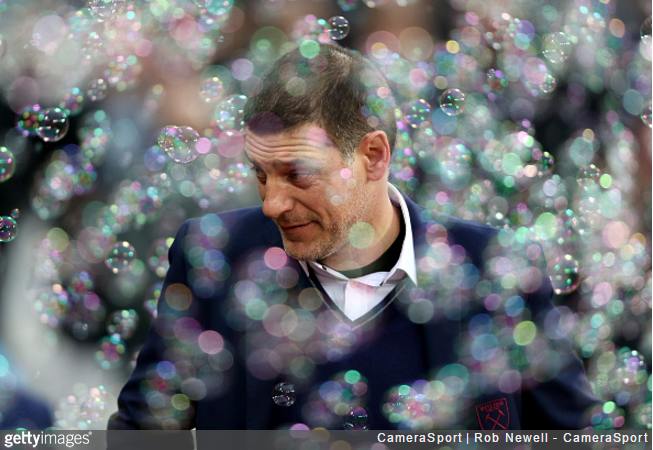 West Ham have reportedly sent a letter to the Premier League’s so-called big five in a “frantic” bid to fill out their squad in the winter transfer window.

According to Matt Law in the Telegraph, the Hammers have written a “begging letter” to Chelsea, Man City, Arsenal, Manchester United and Liverpool to enquire as to whether they have any strikers, full-backs or central defenders they’d be willing to loan out in January.

Among the players West Ham are supposedly hovering over are Michy Batshuayi and Branislav Ivanovic of Chelsea, Mathieu Debuchy and Carl Jenkinson of Arsenal, Chris Smalling, Marcus Rashford and Anthony Martial of Manchester United and Daniel Sturridge and Mamadou Sakho of Liverpool.

West Ham’s enquiries for the likes of Rashford, Martial and Smalling are more in hope than expectation.

We’ll say. As usual when it comes to West Ham’s perennially optimistic transfer targets, they haven’t got a snowflake’s chance in hell.

Maybe Debuchy or Jenkinson – and that’s a bold and italicised maybe*.

(*Yes, we know that italics don’t mesh properly with this typeface – please squint and turn your head 12 degrees to the right for full effect)