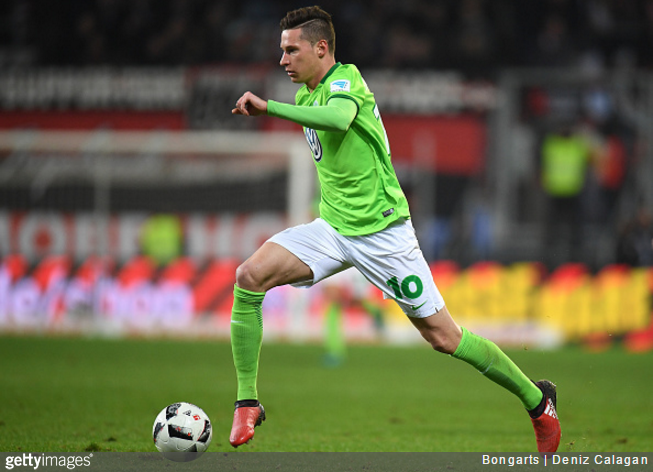 Wolfsburg have confirmed that Julian Draxler has left them to join PSG in what looks to be a fairly mammoth deal.

The transfer package is reportedly worth up around the €45million mark (€35million + €10million in add-ons), with the Bundesliga side confirming Draxler’s departure this morning…

Forgive our ropy German, but we think the message reads: “Take care Julian Draxler! The German international moves to PSG.”

According to photos circulating in the German press, Draxler will wear Gregory van der Wiel’s old No.23 shirt for his new employers… 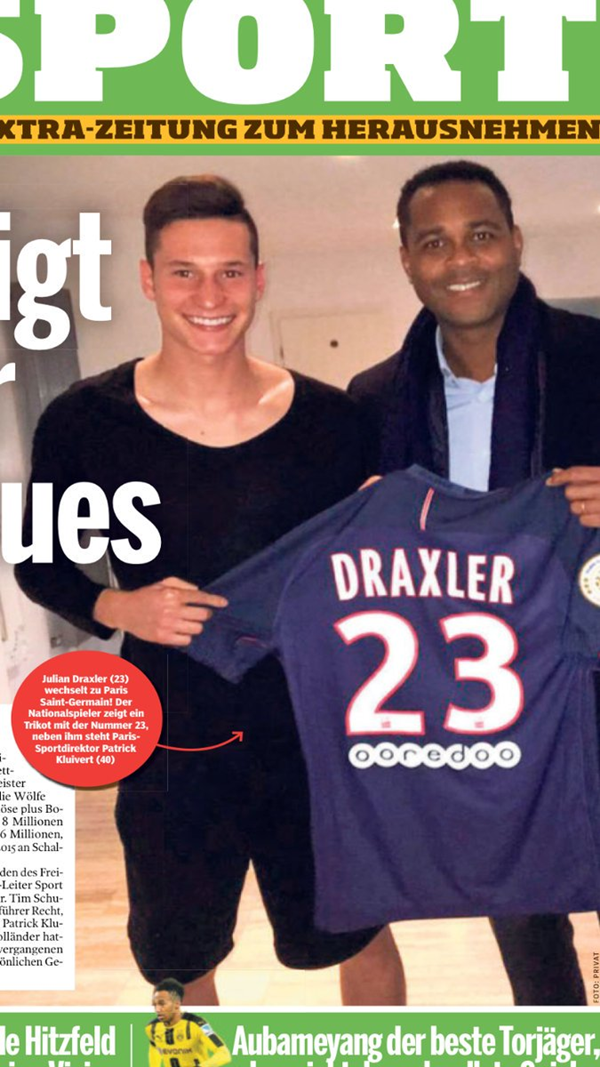 So PSG – who are struggling in Ligue 1 this year – continue to stockpile expensive, lightweight and temperamental attacking midfielders (Pastore, Moura, Ben Arfa, Di Maria) while Wolfsburg reap an enormous windfall for a stroppy player with no desire to play for them anymore.

Pies are fairly certain we know who got the better end of the deal.