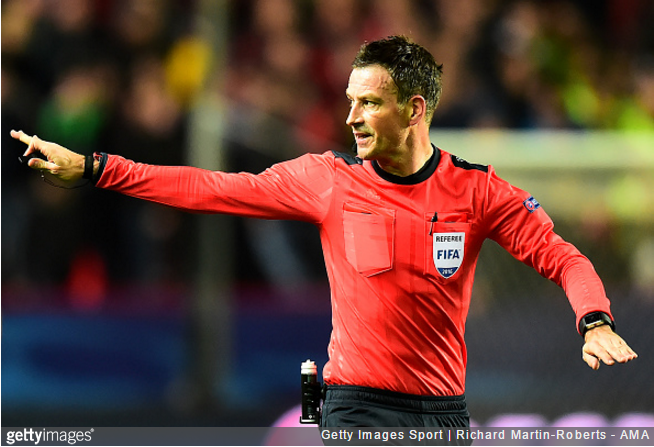 Mark Clattenburg has reciprocated the advances being made in his direction by fluttering his eyelashes coquettishly back at the Chinese Super League across the smoky midnight haze of the metaphorical jazz bar in which they first met.

After reports circulated recently that the CSL were hoping to bring in Clattenburg as their superstar refereeing figurehead, the man himself has responded by admitting that he’d certainly be interested in the lucrative switch, though no formal offer has been tendered as yet.

China are certainly looking to develop their football, looking at their signings and their recruitment.

If an opportunity came along — I am contracted to the Premier League — but I have to look at my long-term strategy of my career.

How long can I last as a referee? I have been in the Premier League 12 years. It’s been a wonderful 12 years.

There is no offer on the table but if they made an offer it would be under consideration.

But at the moment I still enjoy working for the Premier League and UEFA.

Not that he’d be in it for the filthy lucre, however:

Money has never been a driver as a referee; it’s about the drive of doing something different, maybe helping the recruitment.

If it didn’t happen now I will be looking in the future at that, a bit like Howard Webb has done (in Saudi Arabia) where you are helping another country develop refereeing.

It’s important to have the right quality of referee to go with the level of football. China is going to become a huge player in years to come.

If they want to be serious about their league they are going to have to have the right setup. Refereeing is a huge part of football.

Referees issuing coy ‘come and get me’ pleas? A sign of the footballing times if ever there was one.