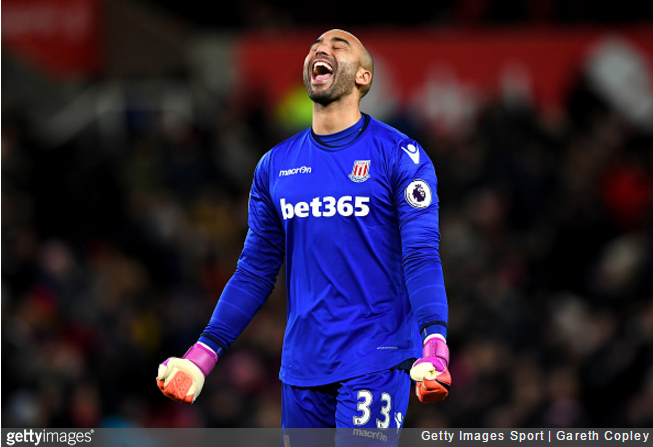 After impressing during his six-month appraisal, Stoke City have negotiated a deal to turn Lee Grant’s loan move from Derby County into a permanent one.

Originally bought in as temporary cover for the injured Jack Butland, Grant made his Premier League debut at the grand old age of 33 when he made his first appearance for the Potters against West Brom back in September.

He hit the ground running, made a series of substantial saves, and has now earned himself a two-and-a-half year contract with Mark Hughes’ side…

#SCFC are delighted to announce the £1.3million signing of Lee Grant from Derby on a two-&-a-half-year-deal pic.twitter.com/RMv4Qk2DHN