It’s that time of year again, when the January transfer window opens and agents everywhere start slavering like Pavlovian hounds.

With the market back in flux, Pies though we’d cobble together a list of 10 bench-bound players who have probably been counting down the days… 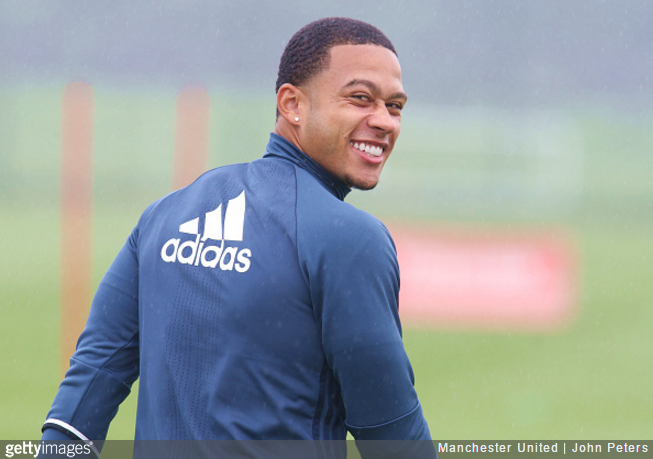 As if it weren’t already patently obvious that he has no semblance of a future at Old Trafford, Depay has amassed a grand total of 20 Premier League minutes under Jose Mourinho, meted out across four substitute appearances – the last of which came back in October.

If he has designs on not congealing entirely, then the Dutch winger’s purported move to Everton looks like a tailor-made kick up the posterior – especially with Yannick Bolasie being ruled out until 2018 with a nasty knee injury.

Meanwhile, he’s mostly resorting to doing things like this to pass the time…

Another midfielder who has grown stale through under-use at United, it would appear that Schneiderlin has no end of potential suitors.

However, the combative Frenchman’s over-inflated asking price (reported to be most of the £24million United originally paid for him) might just skewer any hopes of a quick and painless winter departure.

Since then the 23-year-old has been dropped entirely and ordered back and forth to fitness camps as his ersatz father-son relationship with Tony Pulis continues to leave him in a stagnant footballing purgatory.

Conversely, probably the kindest thing Pulis could do at this point is to let his little pet project fly the coop.

Debuchy recently lamented that his relationship with Arsene Wenger has deteriorated to the point where the pair can barely bring themselves to acknowledge each other’s existence any more.

“We say hello, nothing more,” he mourned in an interview with L’Equipe before Wenger subsequently refuted the claim.

Still, given that the 31-year-old right-back has made just one, 16-minute-long appearance for the Gunners so far this season, it’s probably best that the two parties go their separate ways at the nearest available juncture.

It’s plain for all too see that Bony at Stoke just isn’t working. He looks frumpy, unmotivated and painfully goal-shy, managing to hit the net just twice (both goals coming in a 3-1 win over Swansea in October) since arriving in the Potteries.

It doesn’t look like Mark Hughes is much of a fan, so a ginormous – and largely unmerited – move to the Chinese Super League this month may well suit everybody involved, especially Bony’s agent.

Now aged 20, Loftus-Cheek has managed just eight minutes of league football and two League Cup run-outs for Chelsea in 2016/17, which isn’t exactly the kind of numbers a breakthrough midfield prodigy should have tucked under his belt.

If the once and future king is going to set about proving his mettle in the realm of men, then a six-month loan move (perhaps to an accommodating Championship side) might be a good place to start.

Delph is another perfectly capable central midfield worker bee with less than half-an-hour of league football to his name this season.

As it’s highly unlikely that Pep Guardiola has even heard of him, now might be a good time to heave himself out of the career-derailing City stockpile.

We’re sure he wouldn’t be short of offers.

Having gone from first-choice last season to captain of the Under-23s this, we’re getting the subtle impression that Jurgen Klopp doesn’t have much faith in Sakho.

It’s not like Klopp’s assessment is entirely without merit, with the loose-limbed centre-half always representing a clear and present defensive liability even when he’s playing quite well.

Galatasaray, over to you.

With Gareth Barry continuing to chug away despite being older than many glaciers, the “lateral midfielder” spot at Everton is spoken for, leaving both Cleverley and McCarthy fighting to fill in on an auxiliary basis.

Sadly, three into one doesn’t really go, so… y’know.

Unable to match the ground-swallowing work rate of N’Golo Kante, Fabregas has found himself marginalised under Antonio Conte.

Five starts and a smattering of bench-bound cameos is hardly befitting a player of Fabregas’ undoubted calibre, but he needs to find himself an employer that doesn’t obsessively demand the kind of mileage Conte requires.

As is, it’s a crying shame we’re collectively being deprived of his often masterful string-pulling abilities.

(Of course, Michy Batshuayi is almost definitely already a spent force at Stamford Bridge too, though it’s probably too early for him to start thinking about plotting his escape)

Any other players crying out for a transfer? Let’s hear your suggestions…