When it comes to filling up the footballing gossip columns, imagination isn’t usually high on the list of requirements.

Scored a decent goal or put in a decent shift on the television last night? You’re more than likely going to find your name crow-barred into a cookie-cutter transfer rumour the following morning.

However, sometimes there are gaps in the column that need plugging, and that’s when the tabloids turn to their staples – the names they just keep chucking at us again and again.

To whit, here’s a small compendium of some of the stalwarts, the most linked-with-a-move-to-the-Premier-League players to have never come close to playing in the Premier League… 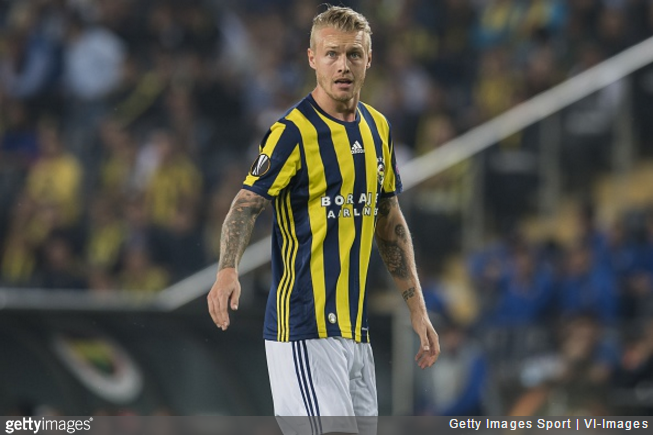 Between the years 2008 and 2012, never a day went by without Simon Kjaer’s name cropping up in the gossip columns, with the Danish centre-half repeatedly linked with a big-money switch to Liverpool, Arsenal, Tottenham, Chelsea and the like.

Alas, nothing materialised as he instead opted for stints at Palermo, Wolfsburg, Roma, Lille and Fenerbache over a move to the promised land.

Another staple of mid-to-late-2000s transfer tittle-tattle, Witsel was touted to join Arsenal or Manchester United roughly one thousand times over, but instead went from Standard Liege to his current post at Tianjin Quanjian, via Benfica and Zenit.

The missing piece in the Manchester United (and latterly, Tottenham and Everton) midfield puzzle for what felt like an aeon, Moutinho actually moved from Sporting Lisbon to Porto to Monaco, where he’s been holed up since 2013.

There was a time when Lyon were supposed to be holding onto Arsenal’s next great playmaker, though a spate of chronic injuries dashed Gourcuff’s big move to London at the very moment he was supposed to set the world alight.

He’s since been through some rough times but now, aged 30, the French midfielder is currently quietly rebuilding himself at Rennes.

Perched on the verge of a gargantuan move to Manchester United on a daily basis for what felt like an eternity, Gaitan instead stayed put at Benfica for almost six years before sealing a €25million transfer to Atletico Madrid last summer.

Veloso made his name as a combative midfielder (with utterly manky hair) in the same Sporting side as Moutinho, and was too perpetually poised to make the leap to the Premier League as far as the English tabloids were concerned.

Instead he went to Genoa, then to Dynamo Kiev, and then back to Genoa, where he’s been since July.

After bursting onto the European scene with a glut of goals for Palermo, Cavani moved to Napoli in 2010 wherein he proceeded to find himself being sold to Premier League suitors over and over again, day in, day out, until the proverbial cows came home.

However, the big move finally came in 2013 when PSG dropped €64million to acquire his delightfully-tousled services – not that it did much to stem the speculation, mind you.

The Paraguayan target man was linked with everybody from Tottenham to Cardiff City, becoming an ever-present in the gossip columns during his Benfica heyday (roughly 2009-2012).

Mercifully, it all went quiet as soon as he stopped banging in 30 goals a season for fun.

A relatively new face on the scene, Pjanic was incessantly rumoured to be on Chelsea and Arsenal’s respective wishlists for an eternity until he unceremoniously snubbed the Greatest League In The World™ by leaving Lyon for Serie A, first for Roma and now Juventus.

The grandaddy of them all. Never has a transfer window gone by since – if we had to estimate – about 2005 wherein Sneijder hasn’t been linked to at least one Premier League side – usually Manchester United.

In fact, if United has actually spent the various fees mooted over the years, the world’s economy would have collapsed, humanity would have withered and we’d all be pushing shopping trolleys stuffed with mouldy sleeping bags and cans of dog food around by now.

Excitingly, Sneijder’s agent has reportedly recently stated that his client is available to anybody willing to front up £7.5million in January.