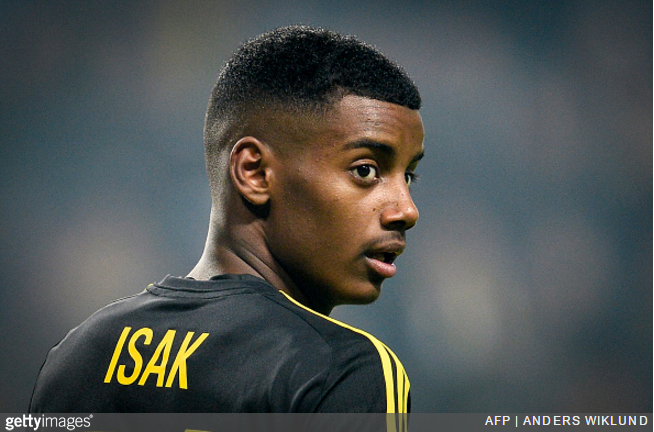 After scoring 10 goals in 19 starts during his debut Allsvenskan season, it looks like AIK’s teenage prodigy Alexander Isak is already on the cusp of making the leap to the big time with Borussia Dortmund.

The 17-year-old striker is one of the hottest youth tickets in Europe, with Real Madrid also reported to be keen.

However, thanks to a timely gaffe from Dickson Etuhu (yes, *that* Dickson Etuhu – of Fulham fame), it looks like Dortmund have beaten everybody else to the punch.

Indeed, long before anything had been confirmed by either club, Etuhu shared a photo of Isak signing a contract with Dortmund sporting director Michael Zorc with his 17,000 Instagram followers, duly congratulating his young AIK teammate on the move… 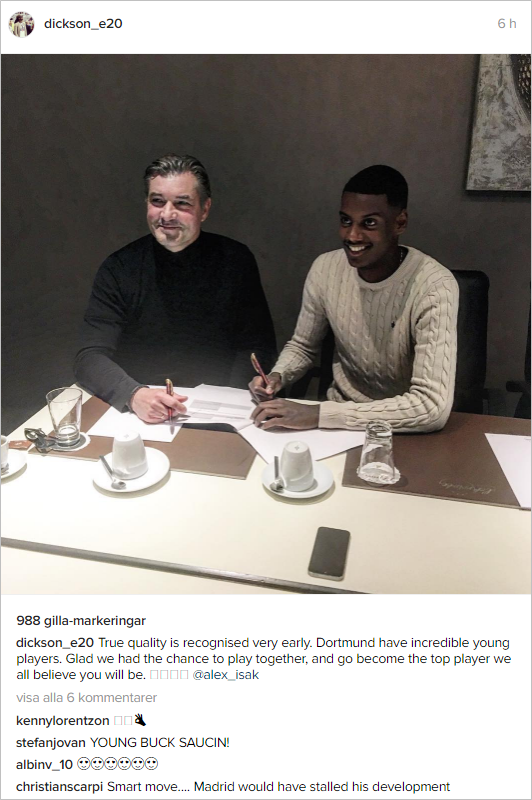 As for Isak, we’re still waiting on any official word from Dortmund, but ESPN FC are reporting that the deal will net AIK “somewhere in the region of £8.2million.”