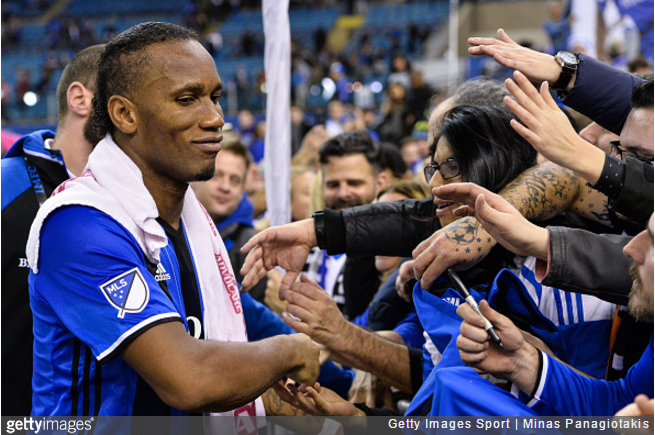 Currently a free agent after walking away from Montreal Impact at the end of the MLS season, Didier Drogba is currently being courted by a motley pack of potential suitors.

Among those are Corinthians, with the Brazilian side reportedly submitting an offer to Drogba via an intermediary party.

According to documents happened upon by Globo Esporte, the preliminary one-year contract on the table would have stood to earn the 38-year-old around £96,000 per week in basic wages.

However, Corinthians also attempted to sweeten the deal by chucking in a few extras including a personal translator, six complimentary round-trip air tickets for flying between Brazil and Europe, a rented house in a “noble” neighbourhood and even an armoured car… 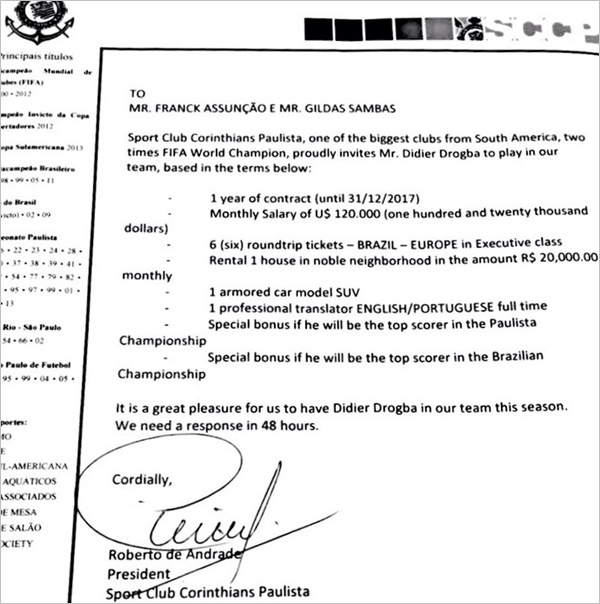 If he’s going to need an armoured vehicle for the duration, then we can probably go ahead and assume this received a big ‘pass’ from Drog.