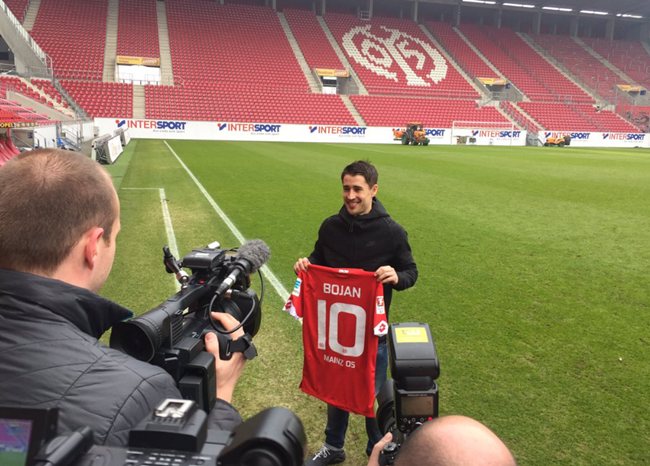 They may have ever so slightly snuck it under the radar, but Mainz 05 secured the services of one Bojan Krkic for the rest of the season yesterday.

Having found it hard to keep hold of a stable place in the first-string so far this season, Stoke City decided to let the 26-year-old forward to finish 2016/17 in the Bundesliga to help keep his eye in…

A lovely English welcome for @BoKrkic in his first #Zerofivers training session this morning – it’s 🌧 here in #Mainz! 😉 #WelcomeBojan 👋 pic.twitter.com/sjp3hhs1wz

Bojan was very keen to join Mainz and he will only enhance our team.

We are delighted that he is here as he will give us a lot of options on the pitch.

Ever sprightly, Bojan himself then added:

It’s a great feeling to have a team put so much faith in you, it’s great to be here!

Thanks also to Stoke for giving me the chance to play in the Bundesliga, it is a great opportunity for me.

If you’re a fan of good football, you know about Mainz!

Here’s wishing Mr Krkic well. He’s definitely too effervescent a player to be bench-squatting week in, week out.

Sadly, he just doesn’t appear to fit into Mark Hughes’ system of preference at the moment.